NCT 127 Return With an Expanded Wheelhouse on NEO ZONE

The K-pop group lean on the hybrid style of electropop, R&B, and hip-hop that made them stars 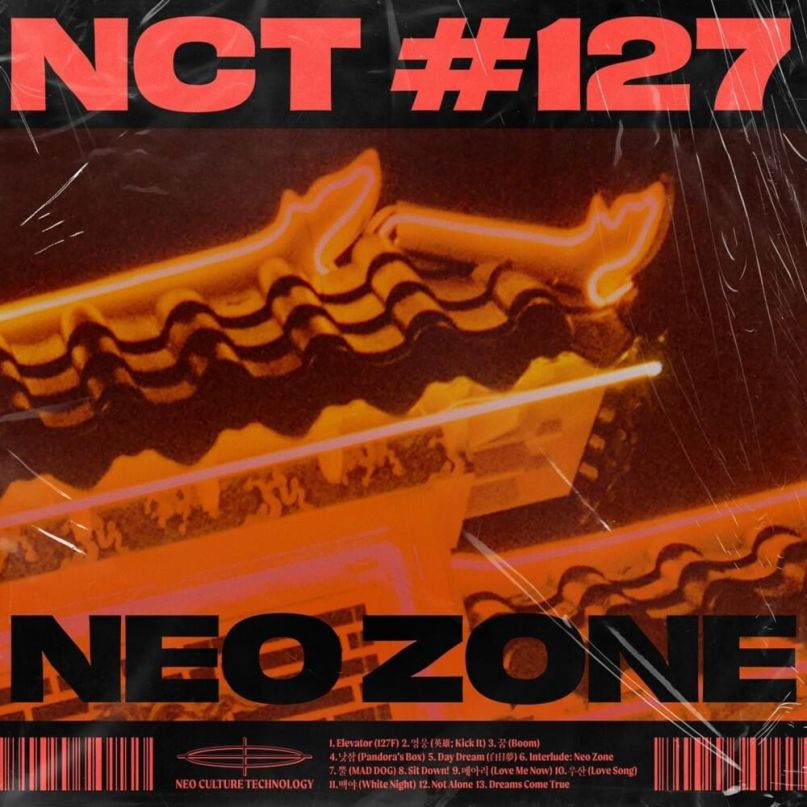 The Lowdown: After a full year of seeing NCT 127 perform the English version of “Highway to Heaven” — which is amazing but, like, “Superhuman” was right there, too — for the nth time on different TV shows, multiple concerts hosted by radio stations, and even the Macy’s Thanksgiving Day Parade and Global Citizen Festival, the K-pop ensemble are finally back with new music. Having released various EPs since coming out in 2016, NEO ZONE marks the group’s second full-length album. With last year’s We Are Superhuman EP and its singles, “Superhuman” and “Highway to Heaven”, the multinational group leaned on funkier, more electropop sounds that showcased a more vibrant side. And though that is still present on some of the album cuts, NEO ZONE is NCT 127 going back to what first lured fans in and expanding on what they do well.

The Good: NEO ZONE is NCT 127 at its best. It checks off all the boxes when it comes to playing to their strengths, which include vocal versatility, a diversified selection of hip-hop and R&B jams, and giving fans a fun, good time. The single, “Kick It”, brings NCT 127 out of the brightness of their last two singles and back to the darkness of anthemic songs like “Cherry Bomb” and “Limitless”. It’s also the first time the group have mixed any type of metal influence into their genre-bending soundscape. From the down-tuned, vocal-modulated-guitar to the melodic, buttery vocals to the hard-hitting rap verses, the track has so many genre twists and turns that you don’t know where you’ll end up in any point — in true K-pop fashion. The dark hip-hop emphasis is also revisited on “Sit Down!”, a defiant R&B vocal moment, and “Mad Dog”, a zany trap Hitchhiker production, on which Mark and Taeyong contributed to the lyric writing.

One of NCT 127’s biggest strengths is their vocal colors and tones, efficiently pulling off heavily R&B-influenced tracks and harmonizing flawlessly. Though more than half of the tracks on NEO ZONE are R&B, they exist within a spectrum. The album opener, “Elevator”, is a feel-good, mid-tempo dance pop with late ‘90s R&B stylings and the funnest track on the album. For “Not Alone”, the members took a much more minimalistic approach and relied on their vocal chops. Produced by The Stereotypes and co-written by Taeyong, Mark, and Johnny, “Love Song” is full of attitude and soul and features a chorus sung by the entire team — something atypical in K-pop but a skill that NCT 127 have mastered. “Dreams Come True”, released back in January, is a nostalgically comical throwback to the visual and sonic aesthetics of ‘90s R&B boy band ballads.

Better known for their intricate choreographies and pop-hip-hop sound, NCT 127 actually has some of the strongest vocalists among the younger K-pop groups. Taeil, Doyoung, Jaehyun, and Haechan do most of the heavy lifting on songs like the stunning “White Night.” On “Day Dream,” the vocals are as ethereal as the song itself, and even more harmonizing on the trap-tinted “Not Alone.”

“Elevator” is the perfect opener because it sets the tone for the entire album. Sure, NEO ZONE has its intense moments, starting with the single and considering all of the R&B songs, but when it comes down to it, it’s meant to be a fun experience for fans. Written by Bazzi, “Boom” is stripped from the glitz of a K-pop production but is a sweet tune that could easily later get an English version à la “Highway to Heaven”. NCT 127 also channel their endearing cheesiness on “Pandora’s Box” –also co-penned by Taeyong, Mark, and Johnny — and even have a concert banger with “Love Me Now”.

The Bad: Though every song on NEO ZONE as a stand-alone is stellar, as part of a larger piece it lacks cohesion. Transitions between songs are non-existent and are often rough, like sandwiching the big and loud “Kick It” between the poppy “Elevator” and “Boom,” which starts out with an acoustic guitar and Mark’s rap-singing. After the interlude, the tracks are simply grouped by genre: the two hip-hop bangers are followed by the two tracks with “love” in the titles, and it closes off with three back-to-back-to-back ballads.

The Verdict: On NEO ZONE, NCT 127 showcased that they’re no longer rookies but well-seasoned performers who have found, and defined, their sonic identity. From the members’ vocal performances to the production done by world-class collaborators, NEO ZONE shines for its pristineness. At a time when the boundaries of what pop music sounds like become less and less clear, it’s comforting to know that somewhere in the world, nine guys are presenting their electropop, R&B, hip-hop hybrid as their take on it. NCT 127 may not yet be the key players in the pop space they’re aiming for, but as proud purveyors of K-pop outside of South Korea, they’re leading the conversation.

Essential Tracks: “Elevator”, “Sit Down!”, and “Love Me Now”