Alex Trebek One-Year Cancer Update: “With a Positive Attitude, Anything Is Possible”

The Jeopardy! host gave an inspiring speech that touched on great pain and grueling depression 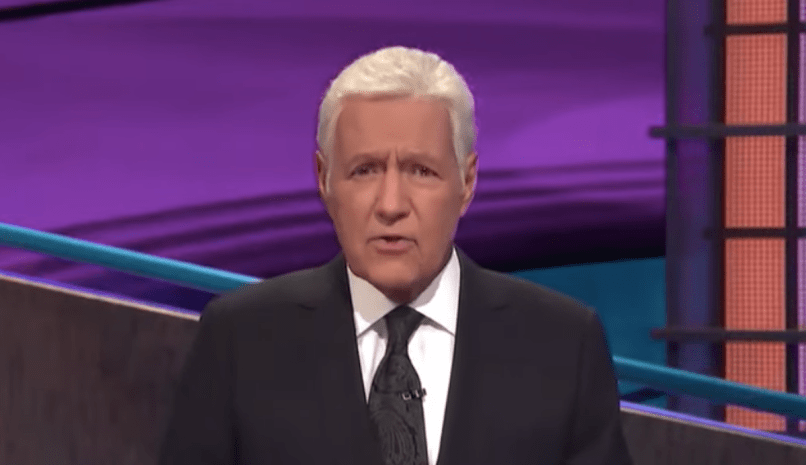 A year ago Friday, Alex Trebek told his Jeopary! audience something that he himself had learned a few days prior: He had stage 4 pancreatic cancer. He added that, “I’m going to fight this, and I’m going to keep working.”

Since then he’s had good news as well as setbacks, and throughout it all he’s updated his viewers with increasingly personal statements addressing his mental and physical health. On Wednesday, Trebek celebrated his one-year anniversary of survival, and he punctuated that milestone with his most intimate message yet. In less than two minutes, Trebek talked about grueling depression, great pain, and the betrayals of normal bodily functions. He also spoke lovingly of “my wife and soulmate, Jean,” and how the greater community of Jeopardy! fans and cancer survivors had inspired him to fight on. It’s one of the most touching, heartfelt moments in his 36-year career in television.

“Hi, everyone. If you’ve got a minute, I’d like to bring you up to date on my health situation. The one-year survival rate for stage 4 pancreatic cancer patients is 18%. I’m very happy to report I have just reached that marker. Now, I’d be lying if I said the journey has been an easy one. There were some good days, but a lot of not-so-good days. I joke with friends that the cancer won’t kill me; the chemo treatments will. There were moments of great pain, days when certain bodily functions no longer functioned, and sudden, massive attacks of great depression that made me wonder if it really was worth fighting on.”

Trebek concluded his message with some inspiring words for Jeopardy! fans and the wider community that’s been hurt by cancer. “You know, my oncologist tried to cheer me up the other day. He said, ‘Alex, even though the two-year survival rate is only 7%,’ he was certain that one year from now, the two of us would be sitting in his office, celebrating my second anniversary of survival. And you know something? If I — no, if we, because so many of us are involved in this same situation — if we take it just one day at a time, with a positive attitude, anything is possible. I’ll keep you posted.”

A one-year update from Alex: pic.twitter.com/W9101suZeZ