Animators can work from home, casts do table reads over Zoom, and editors are using Skype 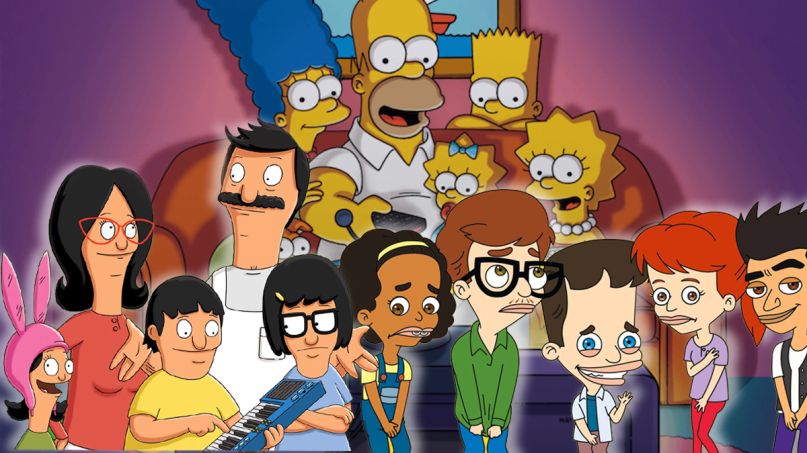 The coronavirus pandemic has brought most of the entertainment industry to a standstill. But while the likes of Netflix, Hulu, and Amazon have put productions on hold to protect their casts and crews, there’s one facet of the television landscape that’s figured out how to adapt to new environment: animated series.

As The Hollywood Reporter details, animation houses are finding ways to work around social-distancing restrictions. 20th Century Fox TV (now owned by Disney) is utilizing a program called Toon Boom to keep the teams behind The Simpsons, Family Guy, Bob’s Burgers, and the new show Duncanville collaborating on storyboards. (Toon Boom, incidentally, has waived its license fee for a month.) Before California’s Governor Gavin Newsom issued work-from-home orders, the network had already told Family Guy animators to take their Cintiq drawing tablets home, or purchased new ones for artists and directors to facilitate remote work.

Meanwhile, shows like Netflix’s Big Mouth are holding virtual table reads, while Family Guy is having its writers room meet over Zoom and holding score recordings remotely. Emily Spivey, the creator of Fox’s Bless the Harts, is running editing sessions over Skype, while Zoom is also being used for voiceover sessions. Of course, that audio won’t be usable for the actual episodes, but the actors are able to record themselves using high-quality microphones. Animators can use the Zoom recordings to get to work on their end, while the voice work can be layered in later in the process.

What’s more, plenty of shows already have multiple episodes of voice work in the can. As Family Guy co-showrunner Rich Appel explained,

“On shows that are lucky enough to have the budget to do it this way, like Family Guy, The Simpsons and Bob’s Burgers — and others — artists wait to get audio tracks and they adjust based on vocal performances they get. That doesn’t mean they can’t do it without audio track. We have a huge stockpile of audio tracks for next season for artists to work on. Yes, things have to be adjusted when we get the final audio but if push comes to shove, artists and animators can assign lip movements and facial acting to what they hear in their head. But we won’t reach that point for a few months because we have stockpile of episodes already recorded.”

Part of the reason the transition has been so easy is that many studios had already shifted most of the production and post work in-house. Hulu’s Solar Opposites, the new series from Rick and Morty co-creator Justin Roiland, for example, only outsources mixing — to Margarita Mix, a company that’s also having its staffers work from home. Because of all this, series like Netflix’s Hoops, Apple’s Central Park, Hulu’s forthcoming Animaniacs reboot, Netflix’s Green Eggs & Ham, and HBO Max’s Gremlins: Secrets of the Mogwai have all been able to continue production with barely a missed step.

“Production hasn’t skipped a day or lost a beat,” said The Simpsons showrunner Al Jean. “We intend to do the 22 shows we were contracted to do…. There’s been no change in how we do things.”

Added Appel, “The key motivator is if a show shuts down, hundreds of people are likely not to be paid and you do feel a responsibility to artists, directors and writers, among others. Animation as a genre is well-suited to work from home.”

Those working in the animation section should be considered lucky, in that regard. Production on highly anticipated live-action series like Netflix’s Stranger Things, Hulu’s The Handmaiden’s Tale, Amazon’s Lord of the Rings, Apple’s The Morning Show, and FX’s Atlanta and Fargo have all halted filming. Even Saturday Night Live is on hiatus. Movies, too, have seen production suspended, such as The Batman, The Matrix 4, and the four Avatar sequels. In total, the COVID-19 pandemic could cause the worldwide film industry to lose in excess of $20 billion.

For a full list of impacted productions, music events, and more, check here.