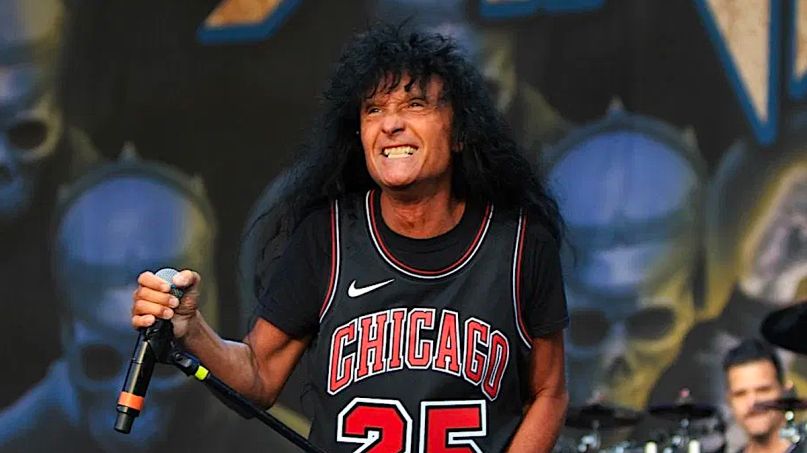 Belladonna has previously covered classic rock hits with his long-running covers group Chief Big Way, in which he has sung songs by Boston, AC/DC, Van Halen, and Journey, among others. That group is based in Upstate New York, while Journey Beyond is based out of Nashville.


The vocalist made the announcement regarding his new Journey tribute band via Facebook, writing the following:

“I am happy to announce the debut of Journey Beyond, a tribute to the legendary band Journey. It is my pleasure to welcome my new band out of Nashville and we are very excited to hit the stage together.

Our first show is coming up this Friday, March 6 in [Hopewell], VA at The Beacon Theatre. We are excited to be performing a night of Journey’s timeless hits and we look forward to seeing some new fans in the crowd!”

Belladonna actually sang Journey’s “Lights” and Steve Perry’s “Oh, Sherrie” while warming up to audition for Anthrax back in 1985. “It was something off the top of my head I could do a cappella and it was kinda challenging — I thought maybe in range or something that would be kind of intriguing,” Belladonna once told MusicDish of the audition (via Blabbermouth). “It was definitely one they weren’t expecting.”

As for Anthrax, they’ve been working on a follow-up to their 2016 album, For All Kings, with a 2020 release tentatively planned. The thrash legends will play a number of U.S. and European festivals this year, including Epicenter, Welcome to Rockville, and Sonic Temple in May. Pick up tickets here.

See Belladonna performing Journey’s “Don’t Stop Believin'” with Steel Panther back in 2012 below.