Journey Beyond make their debut with an 18-song set in Hopewell, Virginia 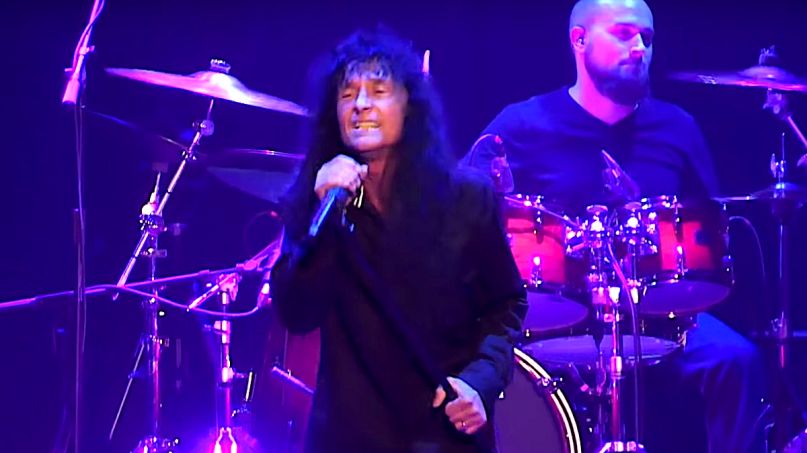 Anthrax singer Joey Belladonna performed his first show with his new Journey tribute band on Friday, playing an 18-song set at the Beacon Theatre in Hopewell, Virginia. The gig came a few days after the metal vocalist announced the formation of the outfit, which is dubbed Journey Beyond.

Kicking off with “Separate Ways (Worlds Apart)”, Belladonna showcased his impressive range throughout the show, which also featured other Journey classics like “Wheel in the Sky”, “Any Way You Want It”, “Don’t Stop Believin'” and the set-closer “Faithfully”.

Journey Beyond also consists of guitarist Matt Basford, bassist Paul Arntz, drummer Justin Ward, and keyboardist Doug Carter. Fan filmed video of the entire Virginia show, as well as the setlist, can be seen below.

Prior to forming Journey Beyond, Belladonna performed classic-rock cover songs with his band Chief Big Way, playing small clubs and bars while in between Anthrax tours.

As for Anthrax, the legendary thrash metal band is working on its follow-up to 2016’s For All Kings. The LP is tentatively due this year, although no details have been revealed yet.

Setlist:
Intro/Separate Ways (Worlds Apart)
I’ll Be Alright Without You
Girl Can’t Help It
Who’s Crying Now
Wheel In The Sky
Open Arms
Only The Young
Lights
Ask The Lonely
Any Way You Want It
Send Her My Love
Still They Ride
Be Good To Yourself
Lovin’, Touchin’, Squeezin’
Oh Sherrie
Don’t Stop Believin’
Stone In Love
Faithfully