As I Lay Dying Announce New Tour Dates with Whitechapel

The metal acts head out on a US jaunt this summer 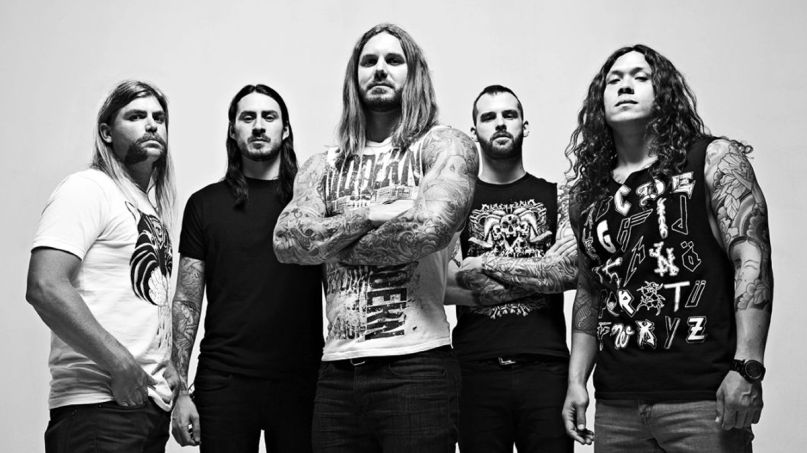 As I Lay Dying, courtesy of Metal Blade

As I Lay Dying have announced a headlining U.S. summer tour with support from Whitechapel. The outing will mark another big step for As I Lay Dying as they continue their second chapter with singer Tim Lambesis after his release from prison in 2016.

It was a rocky return when Lambesis and his bandmates re-formed the band after the vocalist served a prison stint for attempting to hire a hitman to murder his estranged wife. Some shows and festival appearances were canceled in reaction to Lambesis’ presence in the band, but, for the most part, As I Lay Dying have toured North America and Europe successfully over the past couple of years. Last year, As I Lay Dying released a new album, Shaped by Fire.

The upcoming tour sees the band trudging forward despite the backlash directed toward Lambesis. Whitechapel are arguably the biggest band to put their names on a stateside tour with As I Lay Dying since Lambesis’ release, with Shadow of Intent also supporting the trek.

The tour starts in Tucson, Arizona on May 20th, then travels through the South and up the East Coast. It then heads across the country to the West Coast, wrapping up June 20th in Riverside, California.

See the full list of dates below, and get tickets here.