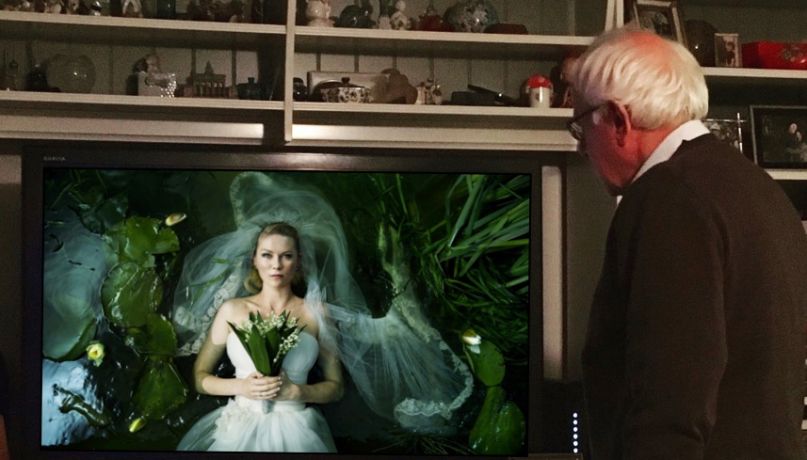 Bernie Sanders has finely honed his “take-no-crap” attitude, but even someone as fervent as the Vermont senator looks for ways to unwind while blazing the campaign trail. In a recent profile published in The New York Times, the democratic presidential hopeful revealed some of his preferred pastimes, including his favorite movies — which perhaps unsurprisingly align with his intense persona.

For one, Sanders likes to kick back on his iPad and watch old boxing matches, something that is so unbelievably Bernie it’s almost sweet. As for films, the politician has a penchant for revisiting Martin Scorsese’s 2013 hit The Wolf of Wall Street. The fact that a film based on the true story of a young stockbroker who ends up pleading guilty to fraud is the favorite pick for a man staunchly against unchecked wealth and corporate greed is somehow beautifully obvious.

For the most part though, Sanders has been focused on the campaign (one might even argue his movie choices are just research). Michaeleen Crowell, the former chief of staff in his Senate office told The Times, “He is always working and looking to move the ball forward, even when he is having a casual conversation. It’s hard for him to take time off for himself. He’s happiest when he’s working.”

While the article doesn’t go into specifics about Sanders’ musical tastes, we certainly know how a lot of artists feel about him. The Mars Volta’s Cedric Bixler-Zavala, The Strokes, Vampire Weekend, Bon Iver, Miike Snow, Lykke Li, and Neutral Milk Hotel’s Jeff Mangum have all shown their support for Sanders. Newly minted US citizen Neil Young has as well, and Public Enemy’s Chuck D is on the list too. In fact, the latter’s participation in a rally for Sanders even led to Flavor Flav being fired from the iconic group.

Now that we know a little about Sanders’ movie tastes, one might curious about his television show preference. Far be it for us to assume, but we’d bet he has a soft spot for his doppelgänger and distant cousin Larry David’s Curb Your Enthusiasm. That might even be one of the only things he and Donald Trump have in common.