2Pac Ascended to Icon with Me Against the World

Shakur created a channel for his poetic insight, magnetic compassion, and visceral rage 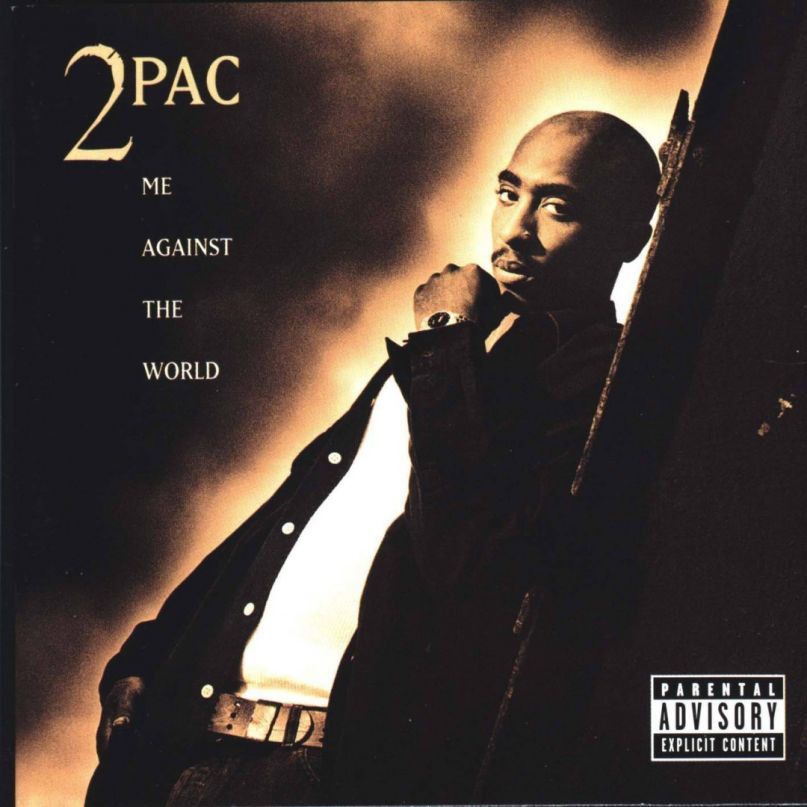 By 1995, Tupac Amaru Shakur, aka 2Pac, had ascended into rarefied air as one of the most compelling personalities in pop culture. His previous albums, 2pacalypse Now and Strictly 4 My N.I.G.G.A.Z…, garnered both critical acclaim and commercial success that cemented his place in hip-hop as a force to be reckoned with. Emerging from the Digital Underground camp, 2Pac’s music was filled with prophetic rage, tales of suffering from the inner city, systematic oppression, and a revolutionary ethos reminiscent of his family’s relationship with the Black Panthers. As an actor, he was a movie star on the rise, playing iconic roles in Juice, Poetic Justice, and Above the Rim. But just as his popularity grew exponentially, he became mired in controversy after controversy.

On November 18th, 1993, 2Pac was accused of rape, a charge he vehemently denied. A little over a year later, on November 30th, 1994, he was shot five times and robbed at the Quad Recording Studios in New York City. Ultimately, he was convicted of first-degree sexual abuse and sentenced to one and a half to four and a half years in prison. Exasperated by his existential realities, he retreated to the studio to curate his most introspective work up to that time, his landmark album, Me Against the World.

Released on March 14th, 1995, exactly one month into his prison sentence, Me Against the World is arguably 2Pac’s magnum opus. It’s a stellar, cohesive body of work that encapsulates all the nuances that made up the complicated persona of Shakur. His previous works showed flashes of brilliance, but Me Against the World became a manifestation of his artistic vision and his ongoing evolution as a Black man.

The singles from Me Against the World reflected the vulnerability and pathos of 2Pac that was often overlooked because of his brazenness. Penned just before he began serving his prison sentence, “Dear Mama” was released as the lead single, an extremely candid homage to his mother, Afeni Shakur. The song details his poverty-stricken childhood, his mother’s drug addiction, and her triumph against insurmountable odds. “Dear Mama” peaked at number nine on the Billboard Hot 100, going platinum, and earned him a Grammy nomination for Best Rap Solo Performance.

Shock G’s slick production and a sampling of Stevie Wonder’s harmonica on “That Girl” served as the perfect sonic backdrop for the introspective “So Many Tears”. The song captures 2Pac dealing with pain, hopelessness, and the fragility of his own mortality. He raps, “Now I’m lost and I’m weary, so many tears/ I’m suicidal, so don’t stand near me/ My every move is a calculated step, to bring me closer to embrace an early death, now there’s nothin left/ There was no mercy on the streets, I couldn’t rest/ I’m barely standin, bout to go to pieces.”

Other standout songs include “If I Should Die 2Nite”, “The Streetz R Deathrow”, “Lord Knows”, and “Death Around the Corner,” where 2Pac examines the nucleus of the anger that has been fueling his artistry and, for better or for worse, his life. He gives vivid accounts of the underside of life in streets where paranoia, despair, and the imminent reality of death all intersect.

Although the album is thematically somber, 2Pac tips his cap to the pioneers of hip-hop on “Old School,” and offers sage advice to the next generation on “Young Ni**az”. Even in the face of dire circumstances, 2Pac gave the best that he had to his community and to his music.

When Me Against the World was released, it debuted at the No. 1 spot on the Billboard 200, making 2Pac the first artist to have a No. 1 album while incarcerated. It eventually sold over 3 million copies and was nominated for a Grammy for Best Rap Album.

Me Against the World made 2Pac a global icon and forever situated him among the pantheon of the greatest rappers in hip-hop history. The LP is a tour de force in social commentary and soul-searching where 2Pac is wrestling the ills of society and the defects he’s discovered in his own experience. With only two features,  (Dramacydal appears on the title track and “Outlaw”, and Richie Rich lends a guest verse on “Heavy in the Game”), 2Pac’s voice dominates throughout the album, shaping the narrative on each track with poetic insight, magnetic compassion, and visceral rage.

2Pac’s superpowers as an MC were his transparent authenticity and his unwavering commitment to telling his own truth, in his own way, regardless of the circumstances. As an artist, he embodied the complexity of his own identity, which mirrored the universal human experience. Simultaneously, he was a Black revolutionary, a defiant thug, an empathetic community advocate, and a hip-hop head all on one album. At the mere age of 23, he exhumed from the recesses of his soul an emotional authenticity that connected to the masses, making Me Against the World an album that still compels listeners 25 years later.

Essential Tracks: “Dear Mama”, “So Many Tears”, and “Temptations”