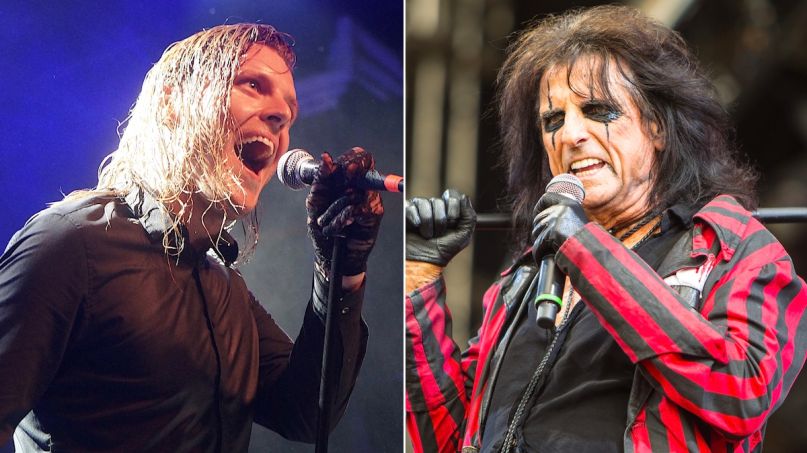 With each passing day, more tours are being postponed in the wake of the coronavirus epidemic. As far as metal and hard rock acts are concerned, Deafheaven, Alice Cooper, Killswitch Engage, Sepultura, Lamb of God, and Evanescence are among the latest bands to alter their touring plans.

Deafheaven were scheduled to embark on a 10th anniversary North American tour on March 20th, but the six-week trek has been postponed until further notice. The outing was set to feature support from Inter Arma, Greet Death, and All Your Sisters.

Alice Cooper, meanwhile, issued a press release stating that his spring North American tour, which was set to run from March 31st through April 22nd, will be rescheduled for the fall. Dates will be announced in the coming weeks. As of now, Cooper’s summer run with Lita Ford and Tesla is still on schedule.

Killswitch Engage had just kicked off a North American outing with August Burns Red earlier this week, only getting two shows in before having to postpone the tour. In a Facebook message, Killswitch stated that they “definitely plan on coming back soon to play for all of you.”

Brazilian metal veterans Sepultura will also postpone their spring North American tour until the fall. Crowbar, Sacred Reich, and Art of Shock were also on that bill.

Overseas, Lamb of God will reschedule their planned UK and Europe tour with Kreator and Power Trip. Fans are being asked to hold onto their tickets to use for the as-yet-unannounced new dates.

Evanescence and Within Temptation have been forced to postpone their joint European tour, as well, with Evanescence promising that they are “busy locking in new dates for this fall.”

Keep up with the latest postponements and cancellations due to the coronavirus pandemic via our regularly updated list of affected events.