To pass his time during self-quarantine, the rocker has launched "Dave's True Stories" 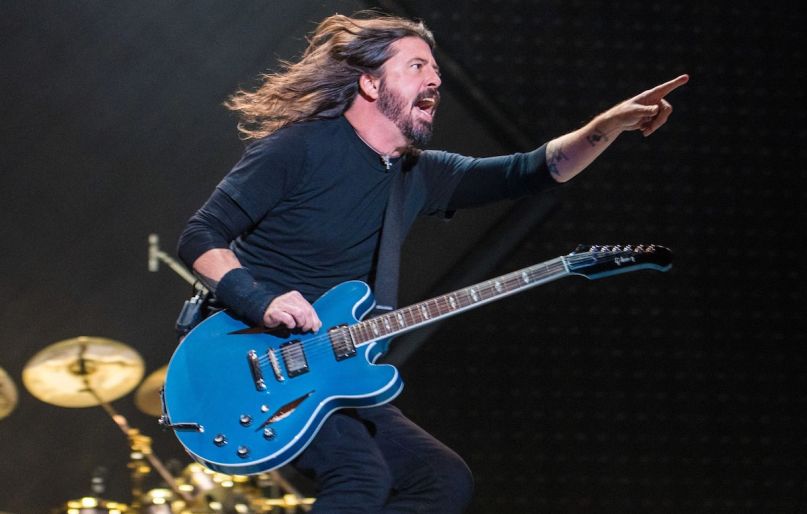 The series launched late Tuesday with an introductory post from Grohl. “Hi, my name is Dave,” the rocker opened simply. “Sometimes I play drums. Sometimes I play guitar. Sometimes I tell stories. I’m currently looking for work, so I’d thought I’d pass the time by writing short stories that will make people smile.”

The 51-year-old frontman shouted out both his parents, his “brilliant English teacher” mother and his “wicked speechwriter” father. However, he warned fans that he might not be as well-versed in the English language.

“I decided to rebel by not paying attention to grammar and/or punctuation in school,” wrote Grohl. “That, and cranking death metal 24/7 from my bedroom stereo. So… have mercy. Not going for a Nobel Prize in Literature here.”

The Foos leader closed by saying he’s excited to share “more ridiculous moments of my life with you,” as well as tacked on a very important parting message to “wash your f*cking hands.”

Grohl indeed has a lot of time on his hands, as the Foo Fighters recently were forced to reschedule their 25th anniversary “Van Tour” due to the coronavirus outbreak. Grab tickets for the new dates here. When the alternative rockers do return to the road, they just might have some new material to flaunt from their “fuckin’ killer” new album. While you wait, stay tuned to Grohl’s new Instagram series and revisit recently revealed footage of the Foo Fighters’ fourth concert ever.