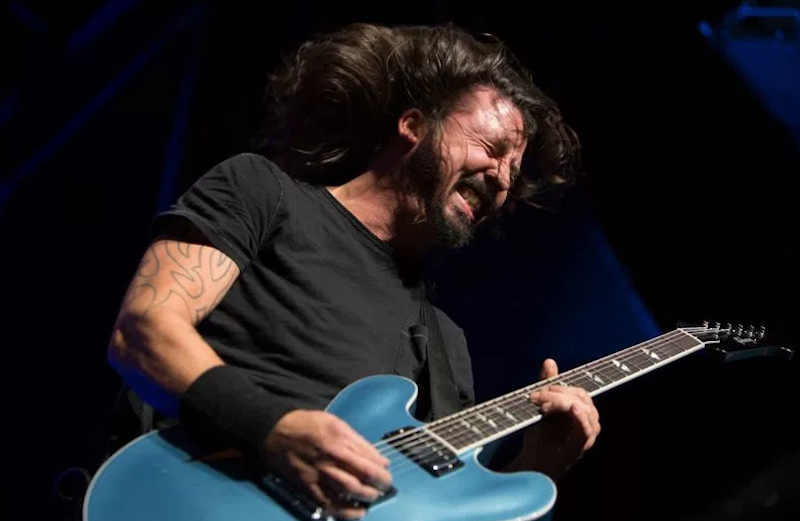 Foo Fighters frontman Dave Grohl is keeping busy in quarantine with a new Instagram account called “Dave’s True Stories”. Late last night he shared the first edition, and it’s a hilarious tale of a 4th of July fireworks display that goes horribly wrong in a “baptism of boom.”

After opening with a quote from his mother (“I hate fireworks, David!”) Grohl spins a yarn about acquiring a truly staggering quantity of boomsticks. The year was 1998, and Grohl was driving a U-Haul van from his new home in Alexandria, Virginia to pick up a recording console in Nashville, Tennessee. It was an L-shaped API model, and the memory of it pushes Grohl to wax poetic. “The board, man! It’s the heart! The altar! The womb! The soul! The thing you put your beer on while you play guitar!”

With the recording console tucked safely into the back of a U-Haul van, Grohl stopped at a Tennessee Fireworks Supermarket, dreaming of a “baptism of boom,” hoping to get the kind of bang for your buck that was literally illegal in the Virginia suburbs. By the time he returned to Alexandria, however, the fireworks were mostly forgotten.

Grohl set up his basement studio, which he describes as “Lord of the Flies with microphones and amps. A Charlie Brown treehouse with speakers. A 24 track stoner fort. Fucking heaven.” This is the very place that the Foo Fighters recorded 1999’s There Is Nothing Left to Lose, including their breakout hit “Learn to Fly”. But Grohl keeps this story barely Foo-adjacent, though that doesn’t make it Foo-gettable.

On July 4th, 1998, Grohl was grilling steaks at his mom’s house when he heard the neighbors setting off sparklers in the road. Grohl suddenly remembered the box from Tennessee, and he flipped through it to find the smallest, most-harmless looking firework he owned.

Introducing himself to the neighbors was a tense affair. “To be honest, I think they viewed me as the ‘satanic rock star’ and my mother as the ‘retired schoolteacher/cat lady’ (which I was kind of into, really) but I ain’t gonna lie, I did long to be a part of that old school community again.” Nevertheless, he asked if he could “throw a little something in the mix,” and proceeded to light his smallest, most harmless-looking firework.

Grohl describes the effect thusly: “Have you ever seen Apocalypse Now?”

Things started off well enough, even as “two giant balls of flame the size of comets shot at least a hundred feet in the air.” Too late, Grohl realized he forgot to stabilize the firework. “It tipped over, facing the crowd, with two more rounds in the camber [sic].”

The results were predictably terrible. “Lawnchairs flying. Grandmas running. Children screaming.” He had accidentally turned the suburbs into a war zone.

Grohl and his mother returned to feeling unwanted by the neighbors, and “slinked back to our tiny little house with our tails between our legs, once again the ‘satanic rock star’ and his ‘cat lady’ mom.”

Grohl will have plenty of time to pen more narrative nonfiction, as the Foo Fighters were forced to reschedule their 25th anniversary “Van Tour”. He won’t need to work on the Foo’s “fuckin’ killer” new album, though, as that is apparently finished. Until we get the new material, feel free to revisit the Foo Fighters’ fourth concert ever, footage of which was recently unearthed.