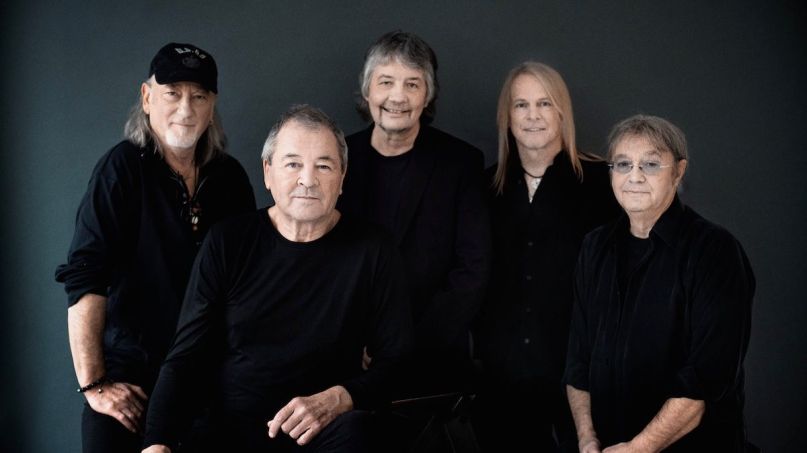 Legendary rockers Deep Purple return with their 21st studio album, Whoosh!, on June 21st. The band has now shared the music video for the lead single, “Throw My Bones”.

Eerily, the video depicts a man in an astronaut suit who walks around observing everyday life. As people pass him by, the protagonist stands isolated in his suit, disconnected from the world around him.

“’Whoosh’ is an onomatopoeic word that, when viewed through one end of a radio-telescope, describes the transient nature of humanity on Earth; and, through the other end from a closer perspective, illustrates the career of Deep Purple,” vocalist Ian Gillan said in a press release.

The track sees Deep Purple in classic form, with a organ-driven arrangement soundtracking philosophic lyricism — long-time staples of their songcraft.

Whoosh! was produced by Bob Ezrin. It’s Deep Purple’s third time working with the iconic producer, who previously recorded  2013’s Now What?! and 2017’s Infinite. The working relationship stems from guitarist Steve Morse’s stint in classic rock band Kansas, who worked with Ezrin on their 1988 album, In the Sprit of Things.

You can pre-order Whoosh! here. Watch the music video for “Throw My Bones” below.