A new project from Nick Reinhart of Tera Melos 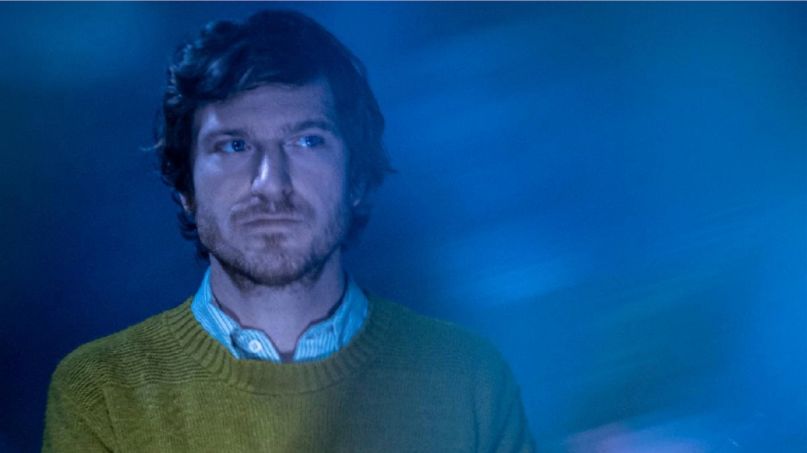 Nick Reinhart has made a name for himself over the years as the unpredictable singer-guitarist in math rock act Tera Melos, one fourth of music geek supergroup Big Walnuts Yonder, and a frequent collaborator of Death Grips, including his own side-project with Zach Hill dubbed Bygones. Now, Reinhart has hit pause on his wild and technical style of playing to create a new band called Disheveled Cuss — and he’s going full-blown ’90s alt-rock on new single “She Don’t Want”, which Consequence of Sound is premiering today.

“She Don’t Want” comes from Disheveled Cuss’ debut self-titled album, out June 12th via Sargent House. Technically, this isn’t the first track we’ve heard from Disheveled Cuss. They’ve released two singles prior, “Wanna Be My Friend” and “Nu Complication”, both of which see Reinhart toying with giddy melodies and stringy guitar lines. But neither of those songs sound as infectious as “She Don’t Want”, an alt-rock hit that sounds like a crossover of Teenage Fanclub and Blue Album-era Weezer.

According to Reinhart, “She Don’t Want” is about the process of learning to un-like someone and the self-inflicted mental chaos that is a result of that. When he reflects back on the writing process of this song, though, a different memory comes to mind that makes him laugh:

“Back in 2015, Rob Crow (Pinback), Gabe Serbian (The Locust), and I had talked about forming a band. Rob and I had demo’d a bunch of crazy, tech-y songs — like full ragers. I sent Gabe a folder of songs to learn, then we scheduled out first practice. So I drive down to San Diego. Rob and I start talking about which song we should try first: the gnarly one of the even gnarlier one. Gabe is confused, pulls out his phone, and plays me a song I’d sent him. It was an early demo for ‘She Don’t Want.’ I’d accidentally sent him a bunch of very shitty Disheveled Cuss demos. So he’d spent a week learning my bedroom pop songs instead of our crazy prog songs. It’s one of the most embarrassing moments of my life.”

To celebrate the song’s release, Disheveled Cuss have shared a music video directed by Behn Fannin. In the clip, Reinhart can be seen in different locations in Los Angeles, playing his guitar beside the highway, down the street from the NBC Universal building, on outdoor escalators, in the middle of neighborhood sidewalks, and even inside a car wash while an employee sprays down a car. The whole thing was filmed with a vintage camera with an intense zoom, giving it a similar feel to the music’s throwback feel. Watch it below.

Pre-orders for Disheveled Cuss are currently available. Fans have the option of grabbing the album on CD, black vinyl, or a limited edition pink marble vinyl.