His staff intervened after he began drafting a tweet 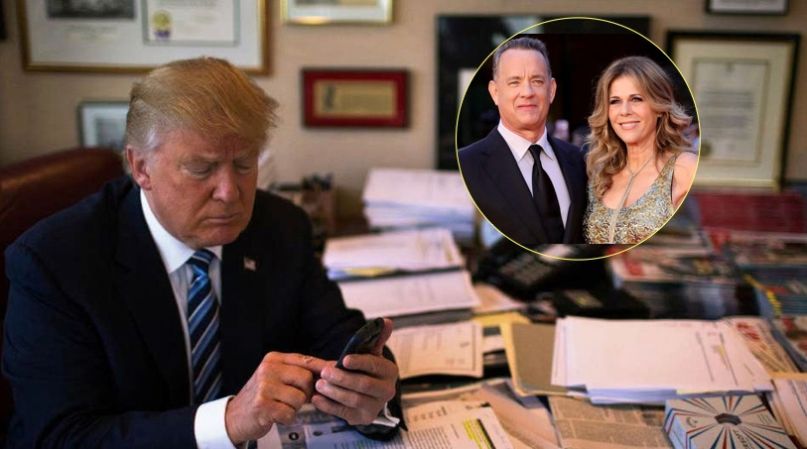 Here’s a horrifying reminder of the person in charge of America’s response to the coronavirus pandemic: Donald Trump nearly tweeted his condolences to the family of Tom Hanks and Rita Wilson after misunderstanding the meaning of the word “discharged.”

Amid their own battle with coronavirus, Hanks and Wilson were recently discharged from an Australian hospital and moved into a private residence. Due to his low IQ and limited attention span, Trump seemingly stopped paying attention after the word “discharged” and took it to mean that the husband-and-wife celebrity couple had died.

After he began drafting a tweet, his staff intervened and sought to clarify Hanks’ and Wilson’s condition with Australian authorities, according to The Courier-Mail. A health official subsequently assured the White House that Hanks and Wilson were still alive and recovering from COVID-19.

For his part, Hanks offered an update on his and Wilson’s condition on Instagram earlier this week. “One week after testing Positive, in self-isolation, the symptoms are much the same. No fever but the blahs. Folding the laundry and doing the dishes leads to a nap on the couch,” Hanks explained.

“Bad news: My wife @ritawilson has won 6 straight hands of Gin Rummy and leads by 201 points,” he added. “But I have learned not to spread my Vegemite so thick. I travelled here with a typewriter, one I used to love. We are all in this together. Flatten the curve.”