The fund will provide financial aid to student musicians in need 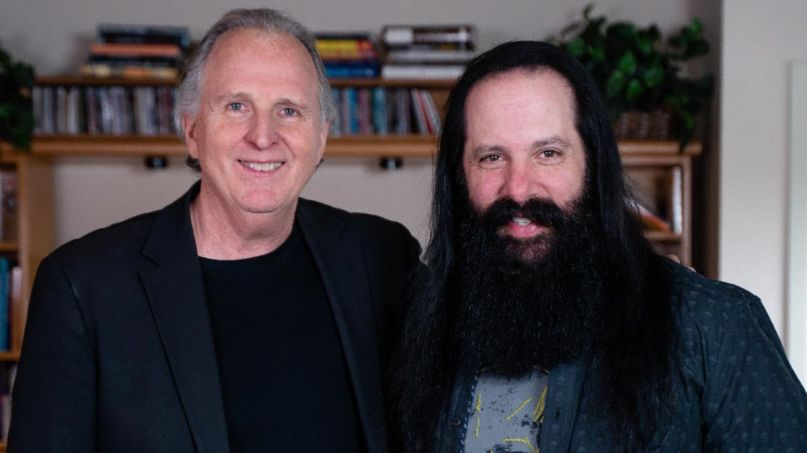 Progressive metal luminaries Dream Theater are teaming with Boston’s Berklee College of Music for a scholarship fund. It will provide financial aid to student musicians in need of on-going support.

The announcement comes 35 years after guitarist John Petrucci, bassist John Myung, and former drummer Mike Portnoy formed Dream Theater while students at Berklee. Current drummer Mike Mangini also served as a drum professor at the college for 11 years prior to joining the band in 2010.

The scholarship fund came about after Petrucci and his wife Rena — an alum of Berklee’s online program — recently visited the campus to tour the production and recording facilities. It was their first time back on campus since their son Reny graduated in 2018. A meeting with Berklee President Roger H. Brown finalized the founding of the Dream Theater Scholarship Fund.

“Dream Theater has been a tremendous influence on the progressive metal scene, achieving worldwide success for their dedication to excellence in music,” Brown said in a press release. “The Dream Theater t-shirt has been the most popular item of apparel on our campus for years, and many students have chosen to come to Berklee as a result of the band’s legacy. We are so appreciative of Dream Theater’s support.”

The fund will be run by Berklee Global Development Officer Mirek Vana and Dream Theater manager Frank Solomon, who’ve been working together behind the scenes for the past six years on the project.

Dream Theater recently wrapped up a successful 2019 campaign, releasing their 13th studio album, Distance Over Time. The LP  went on to notch a place on Heavy Consequence’s top metal album rankings of 2019.