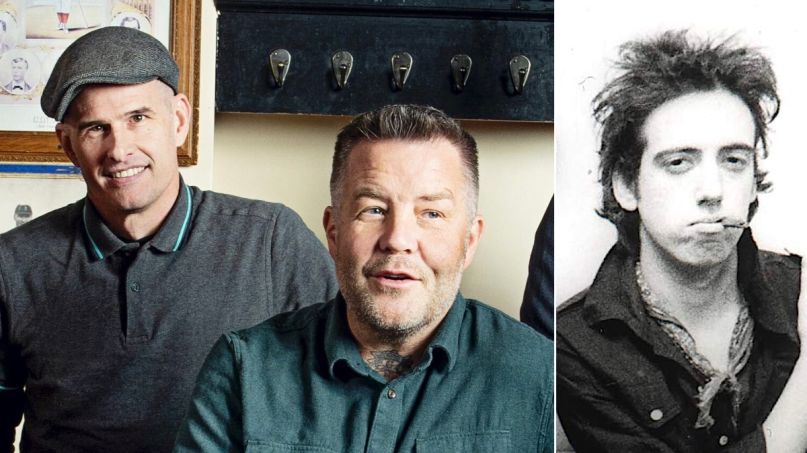 Dropkick Murphys have been offering up some nice treats while the band and its fans are isolating themselves at home. Following a live stream of a concert last week, the Celtic punkers have unleashed their new song “Mick Jones Nicked My Pudding”.

The band was forced to cancel its week-long run of hometown shows in Boston due to the coronavirus pandemic, but offered up a live stream of a St. Patrick’s Day show from a Boston-area venue with no fans in attendance. The concert got a huge response, getting 10 million worldwide views, and coverage by NBC, CNN, and CBS, including a mention on The Late Show with Stephen Colbert.

One of the songs that Dropkick Murphys performed during the concert was the new track “Mick Jones Nicked My Pudding”, which serves as a “never meet your heroes” tribute of sorts to the legendary Clash guitarist-singer. As Dropkick’s Ken Casey explained during the St. Patrick’s Day concert, the song describes a real-life story from their friend Tedd Hutt (Flogging Molly), who actually had his pudding stolen by The Clash’s Mick Jones.

Casey and co-vocalist Al Barr trade verses throughout, with lines like, “Life ain’t always fair when your hero breaks your heart / I was really in denial from the start / I owned all his records, he didn’t even care / The least he could’ve done was share.”

There are other fun nods to The Clash in the song, specifically the line, “Yeah, never mind singing about police on your back / You’re a shady geezer looking for a snack” — a reference to Sandinista! track “Police on My Back”.

Accompanying “Mick Jones Nicked My Pudding” is the B-Side “James Connolly”, which was penned by Black 47 singer Larry Kirwan. The pair of songs are being sold as a digital single via Bandcamp or the band’s online store.

As of now, Dropkick Murphys are still slated to co-headline a U.S. tour with Rancid in May. Tickets for the month-long jaunt are available here.

Stream both new songs and watch Dropkick Murphys’ “Streaming Up From Boston” in its entirety below. The performance of “Mick Jones Nicked My Pudding” begins at 1:39:28.