Film Review: Netflix’s The Platform Serves Up A Brutal Tale

Galder Gaztelu-Urrutia chews on scarcity, class, and greed in his feature-length debut 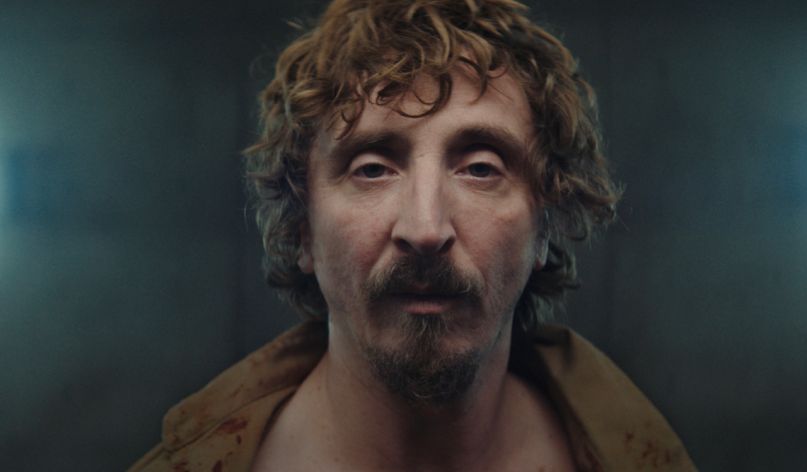 The Menu: Two prisoners are assigned to a numbered cell in a tower-like prison called The Pit. An exquisite feast descends the structure daily upon the titular platform. Inmates on the higher floors get first access, while those on the lower floors fight for the leftovers. But don’t get too comfy because the cells change monthly and so might your luck.

Bon Appétit: The conceit of The Platform is fairly straightforward — and its classist symbolism even more so. But director Galder Gaztelu-Urrutia still manages to season his first feature length film with enough visual scrumptiousness, teeth-chattering tension, and barfbag thrills to keep an audience engaged across its swift 94 minute service. The Platform is not a film for those with weak hearts, and certainly not upset stomachs.

The simplicity of the story, in addition to its limited number of characters, make The Platform feel like a stage play at times. Most of the dialogue is between cellmates Goreng (Iván Massagué) and Trimagasi (Zorion Eguileor), as they discuss their circumstances and reasons for incarceration. The setting remains consistent as well, with the only real changes occuring during the cell’s monthly reordering.

Don’t Hate the Player, Hate the Game Theory: The trapped occupants experience a literal Prisoners’ Dilemma as they make choices without knowing the decisions of those above, below, or even within their own cell. Veteran inmate Trimagasi, who has served time near the top and bottom of The Pit, does his best to teach optimistic newcomer Goreng survival strategies.

A naive, Don Quixote-quoting Goreng ponders why the people above don’t just eat their portion, saving enough for the less fortunate. A cynical Trimagasi knows better, though, and refuses to tilt at windmills. Those on the higher floors see no need to trouble themselves with the poor souls below. Useful idiot Trimagasi even accuses Goreng of communist leanings. A man of a certain age contradicting his own interest? Imagine that!

The Platform’s focus on a finite availability of food evokes other sociological and economic predicaments. One example is the Tragedy of the Commons, wherein a shared resource gets overexploited by a limited few at the cost of others being denied access to that same resource. The top levels of The Pit eat the meat, leaving bones for the rest. The film examines some notions of the free-rider problem as well by having certain inmates benefit through no real contribution of their own.

These examinations of class tension are difficult to execute well within a narrative structure. The conflict has been around since the start of the oral tradition and the story has already been told in so many ways. The big challenge is that class metaphors can be wielded with either the precision of a scalpel under a trained hand or swung with the bluntness of a sledgehammer by a freshman writing student sporting a Che Guevara t-shirt.

Bong Joon-ho exemplified the former with this year’s Best Picture winner Parasite, a film that delicately balances its analogies while remaining a new and compelling story. At the other end of that spectrum lies Bong’s other class deconstruction in 2013’s Snowpiercer, which itself is a horizontal tower story. The Platform, like Snowpiercer before it, smacks the audience on the head a bit too often with its obvious satire. Even so, it still serves one hell of a smorgasbord.

The Verdict: The Platform does away with any sense of coyness, launching immediately into its brutal tale. This focus on the captives in their cells is wise considering the few frolics it takes into backstories only distract from the action at hand. The film remains visually interesting throughout, despite the stark setting, and earns its characters’ attempts to make positive change in spite of an overwhelming situation, even if it comes across a bit too on the nose. The gross out horror will also make the audience reconsider ordering up a family style meal ever again. Check, please!

Where it’s Playing: Head into The Pit right now on Netflix.