Filming for the unscripted special was originally scheduled for next week 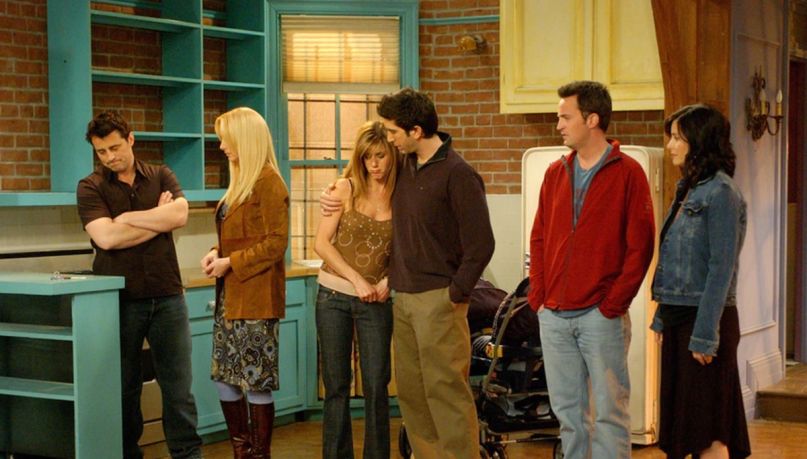 Have you seen “The One Where They Get Postponed”? HBO Max’s highly anticipated Friends reunion special has been delayed due to the global coronavirus pandemic.

According to The Hollywood Reporter, the unscripted special was originally supposed to be filmed on March 23rd and 24th in Burbank on the show’s former Stage 24 Warner Bros. lot. However, like countless TV shows and films — such as Fargo and The Matrix 4 — production has been pushed back a number of few months. THR says production may resume as early as May, but given the rapidly (and unpredictably) evolving COVID-19 outbreak, a confirmed date hasn’t been given.

As previously noted, the Friends one-off reunion special will feature all six core members of the beloved series, Jennifer Aniston, Courteney Cox, Lisa Kudrow, Matt LeBlanc, Matthew Perry, and David Schwimmer. Getting the cast back together again on one couch didn’t come cheaply, though, as each actor stands to earn “more than double their former per-episode fee for the reunion and be paid between $2.5 million and $3 million for the special. If you’ll recall, amidst their original on-air run, the cast famously renegotiated their contracts to receive then-historic salaries ($1 million per episode).

When it officially launches in May 2020, HBO Max will become the new streaming home of all 236 past episodes of Friends. Up until January, all 10 seasons of Friends were hosted on Netflix.

While you self-quarantine and await the reunion of Friends, there are plenty of other worthy TV shows and movies streaming right now. And if live music is more your speed, there have been a lot of virtual concerts happening this week.