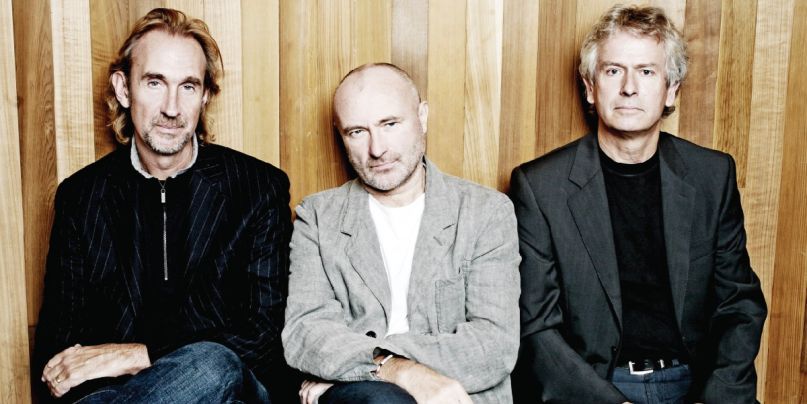 It’s official: Genesis members Phil Collins, Tony Banks, and Mike Rutherford will reunite this fall for their first tour dates together in 13 years.

As Collins is no longer able to drum due to extensive nerve damage suffered during Genesis’ last reunion tour in 2007, his 18-year-old son Nicholas will be filling in for his father behind the kit. Nicholas previously backed Phil for his “Not Dead Yet” solo comeback tour dates over the last several years.

Collins, Banks, and Rutherford announced their impending reunion on Wednesday morning during an appearance on BBC Radio. “We all felt, ‘Why not?'” Collins said of the band’s decision to get back together. “It sounds a bit of a lame reason – but we enjoy each other’s company, we enjoy playing together.”

“Phil’s been out on tour for the last two-and-a-half years and it seemed the natural moment to have a conversation about it,” Banks added.

Former Genesis members Peter Gabriel and Steve Hackett will not be participating in the reunion tour. “Peter left the band 45 years ago and he’s been trying to live it down ever since,” Banks joked. “When they put his birthday in The Times, they always say, ‘Peter Gabriel – Genesis singer.’ And I think, ‘What’s the guy been doing since then, for God’s sake?'”

Banks told BBC that it didn’t make sense to bring Gabriel back because “most of the songs people know” came after his departure. However, he did stress that “We love Peter.”

Asked to preview the tour’s setlist, Collins said, “There are songs that you feel you have to play because the audience would feel cheated if you didn’t.” But he added, “There are a few old dogs that won’t be running” because they are primarily based around his past drumming abilities.

Check out Genesis’ as-yet-announced tour schedule below. It remains to be seen whether additional dates will be added, including a leg of North American shows.