Produced by Ariel Rechtshaid and Rostam 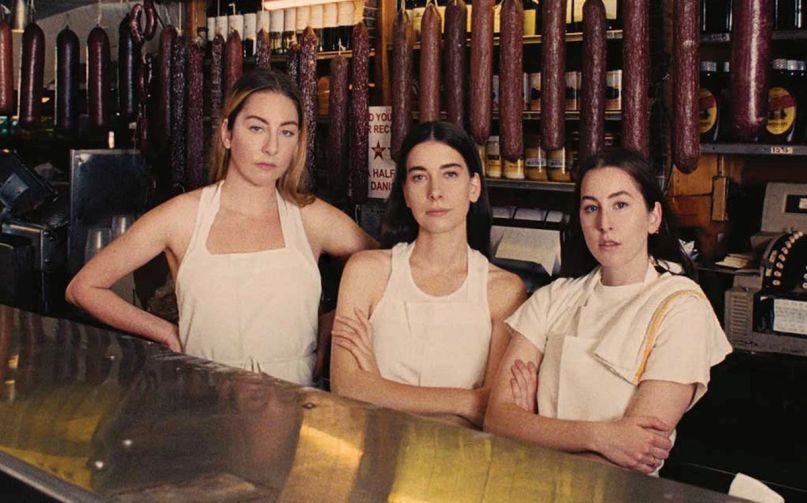 Update: The release of HAIM’s new album, Women in Music Pt. III, has been delayed until the summer due to the coronavirus pandemic.

This April finally brings the arrival of HAIM’s long-awaited new album. Titled Women in Music Pt. III, it follows the band’s sophomore LP, Something to Tell You, from back in 2017.

HAIM’s third full-length to date was produced by Danielle Haim alongside frequent collaborators Ariel Rechtshaid and Rostam, formerly of Vampire Weekend. While the full tracklist for the 16-song effort hasn’t been divulged, fans can expect recent singles “Summer Girl”, “Hallelujah”, and “Now I’m In It” to be included. Released over the last few months, those tracks came paired with music videos helmed by renowned filmmaker Paul Thomas Anderson, who also shot the album’s artwork photo seen above.

As any HAIM listener knows, the indie rock trio hasn’t put out a first or second edition of Women in Music. Rather, it’s seems the Pt. III is a reference to this being the group’s third album, as well as the fact HAIM is a trio of sisters. HAIM also expressed interest in creating a music festival dedicated to celebrating women in the music industry.

HAIM’s new album is officially is out April 24th via Columbia and pre-orders have begun. Another single, “The Steps”, will be released tomorrow. Update: Watch the video for “The Steps” here. In support, HAIM have a few tour dates scheduled at the moment, including festival appearances at Florida’s Okeechobee and Spain’s Mad Cool. Grab your concert tickets here.