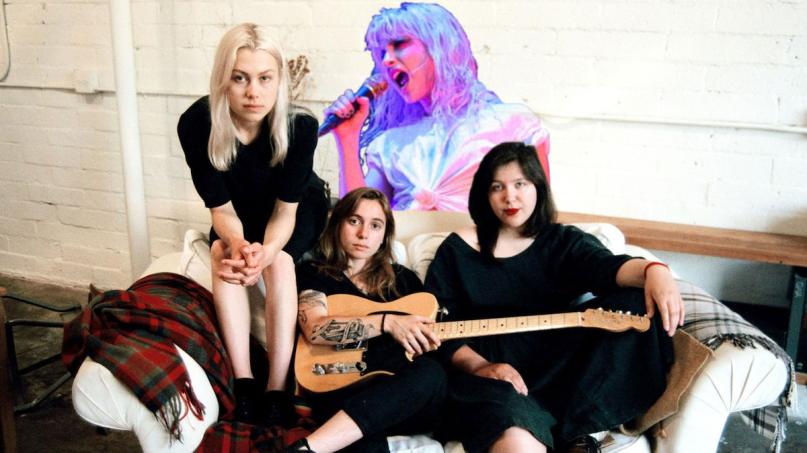 Last month, Paramore’s Hayley Williams surprise-released the first half of her forthcoming solo debut, Petals for Armor. As if featuring one of our favorite songs from February wasn’t enough, we now have word that her new album includes an appearance from one of our favorite supergroups, boygenius.

“One of her confidants, the singer and songwriter Julien Baker, said she and Williams were bonded by ‘being raised culturally Christian in the South then coming into the world” of music. “She has an innate connection with the deeply emotionally profound and really wants to explore those things in an honest way with people,” Baker said in a phone interview. “But also she is a uniquely disarming person.” Baker, Phoebe Bridgers and Lucy Dacus — the trio boygenius — provide backing vocals on a “Petals for Armor” song about “wilted women” moving toward the light.”

Ganz doesn’t mention the specific track in question, but it’s safe to say the excitement for their collaboration is already high, especially considering boygenius gave us a project that landed in our Top 50 Albums of 2018 list.

Petals for Armor will mark the first time the two acts have worked together, though boygenius’ members — Julien Baker, Phoebe Bridgers, and Lucy Dacus — have crossed paths with Williams in the past. In 2017, Baker opened for Paramore, while Williams has been a longtime supporter of Bridgers and her debut album, Stranger in the Alps.

Elsewhere in the NYT feature, it’s mentioned that Williams made a playlist of inspirations for her Petals for Armor co-producer and Paramore bandmate Taylor York. That mix included noteworthy names like Thom Yorke, Solange, SZA, Björk, Erykah Badu, and even Spice Girls.

The profile also delved further into the topics explored on the upcoming LP, such as “the generational trauma that Williams uncovered as the #MeToo movement was gaining steam.” “Every woman in my family on my mom’s side… they’ve all been abused in almost every sense of the word,” Williams told the NYT.

Read the full feature here. The full Petals for Armor album is officially out May 8th, though the NYT notes that the second half of the record may be coming sooner than that.