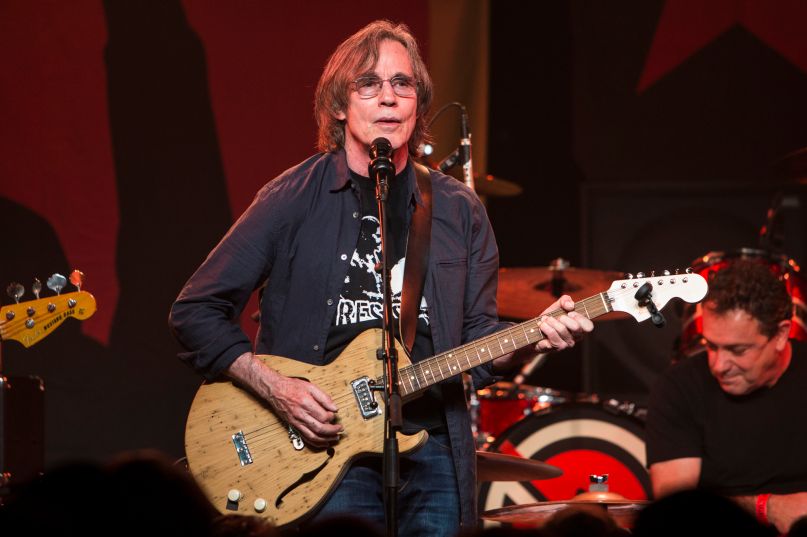 Jackson Brown has tested positive for the coronavirus.

The 71-year-old Rock and Roll Hall of Fame inductee told Rolling Stone that he got tested after developing a cough and fever. Fortunately, he added, “My symptoms are really pretty mild, so I don’t require any kind of medication and certainly not hospitalization or anything like that.”

Browne believes he contracted the virus flying back and forth to New York City for the Love Rocks NYC benefit concert. The event, which was streamed online sans a studio audience, also featured Cyndi Lauper, Dave Matthews, Warren Haynes, Susan Tedeschi, and Derek Trucks. “And now it turns out that several people who were at that show have tested positive,” Browne revealed. “I’m going to try and get in touch with everybody and keep talking with them.” Browne is currently self-quarantining at his home in California.

Browne said he was compelled to go public with his diagnosis so he could warn younger fans about the dangers of the illness and the importance of social-distancing. “So many people that have it aren’t going to be tested,” he said. “They don’t have symptoms, but they might have it and might be able to pass it on. That’s what younger readers need to understand: They need to take part in the global response to stop the spread. That means not going anywhere, not getting into contact with anybody, not seeing anybody.”