Rainey, who was let go from the thrash band last year, suffered an apparent heart attack 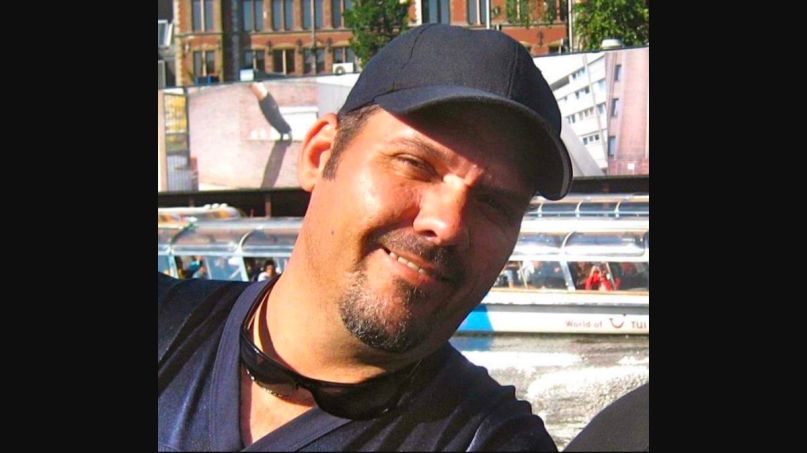 Jason Rainey, the founding guitarist of Arizona thrash metal veterans Sacred Reich, has passed away at the age of 53. According to his wife, the musician most likely died of a heart attack.

Rainey founded Sacred Reich in 1985, but the band parted ways with him last year. At the time of the split with Rainey, frontman Phil Rind explained to Sonic Perspectives, “Unfortunately, Jason just physically … There’s some stuff going on with him. He just wasn’t going to be able to do it. We tried everything we could.”

Overnight, Rainey’s wife, Renee Novak, announced the guitarist’s death, stating on Facebook: “My husband Jason Rainey passed away a hour ago. Most likely a heart attack. They worked on him for a half hour but they couldn’t save him.”

In a statement on Facebook, Sacred Reich paid tribute to Rainey while also acknowledging that the died of a heart attack:

“It is with deep sadness and broken hearts that we must announce that our friend, guitarist and founding member of Sacred Reich, Jason Rainey has passed away.

Jason started the band after only playing guitar for six months. With sheer determination and will, he led us through the early years of the band. He worked tirelessly. Sacred Reich was his life.

In recent years he faced some serious medical issues. He ultimately succumbed to a heart attack on Monday, March 16. He was 53 years old.

Jason, we wish you peace and love.”

As recently as October, Rainey expressed anger over his dismissal from Sacred Reich, writing on Facebook, “I keep getting friend requests from people who must think I’m still in Sacred Reich. I am not. I hate them and am trying to get along with my life after being robbed by them.”

During his time in Sacred Reich, Rainey recorded four albums with the band, beginning with 1987’s Ignorance and ending with 1996’s Heal. The video for their 1990 track “The American Way” can briefly be seen in the 1992 movie Encino Man.

Sacred Reich broke up in 2000, but re-formed in 2006. Last year, they released Awakening, their first album since 1996, but Rainey was no longer in the band for that LP. Instead, the album featured Sacred Reich’s new guitarist, Joey Radziwill.

This spring, Sacred Reich were set to tour North America with Sepultura, but that outing was postponed due to the coronavirus pandemic.

See Rainey and Sacred Reich in the video for “The American Way” below.