The latest all-star collaboration from the Trolls World Tour soundtrack 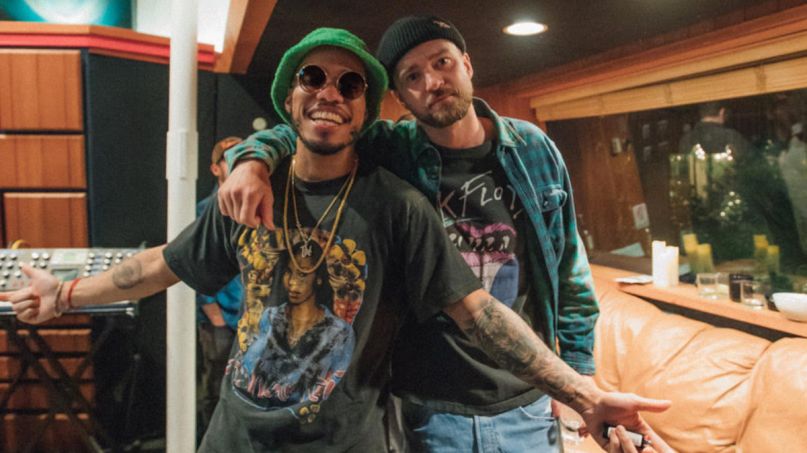 Justin Timberlake can’t stop the collaborating. The soundtrack to the forthcoming Trolls World Tour is loaded with guest contributions, and some of the most exciting collaborations see the former *NSYNCer teaming up with not just his co-stars, but artists like CoSigned R&B star SZA as well. That duo shared “The Other Side” last month, and now we’ve been gifted another collaboration from the soundtrack as Anderson .Paak joins Timberlake on “Don’t Slack”.

As one would expect considering it’s a Trolls track, “Don’t Slack” is all grooving positivity. Dashes of .Paak’s funk and Timberlake’s pop splash brightly as they sing in unison, “I just came to feel all that is made for me/ I was made to be the change we really need.” Take a listen to below.


Timberlake spoke with Apple Music’s Zane Lowe about the new single, hinting that it’s likely not the last we’ll hear of his work with .Paak. “I hope he doesn’t mind that I’m gonna say this right now, but we talked about a possible joint project,” he revealed. “We talked about it, but yeah, he’s a busy man, too. I was like, ‘You need to enjoy your moment, bro, ’cause it is…’ He played me new stuff the other day — that dude is so gifted.”

He went on to further tease his long-promised collaboration with Lizzo, which we first heard about back in April. “That’s what’s exciting for me right now, is I just feel like, um — Lizzo, can we please put the song out? [Laughs] We have one. Can we please put the song out? Shout out to Lizzo. It’s like a Chicago house record. And it goes so hard. It’s so fun… it’s so good.” Timberlake then told Lowe he’d give him a special early listen off-air.

It seems working with other artists is Timberlake’s sweet spot right now, as he’s “really enjoying this moment.” He continued,

“I’m just in a zone where I’m really enjoying the process again, and I don’t have an agenda to make an album, but if it comes together, then it comes together, and in the meantime, I just want to stack records with people that I love, and that I’m inspired by, and that happens to be a ton of people. I mean, how many names did I drop in this interview? I’m like a agent right now, I’m like a Hollywood agent just droppin’ names…”

Hear what else he had to say over at Apple Music. The Trolls World Tour soundtrack is out March 13th and also features appearances from Mary J. Blige, George Clinton, HAIM, Dierks Bentley, and Icona Pop in addition to cast members Anna Kendrick, Rachel Bloom, Sam Rockwell, and Kenan Thompson The film itself opens on April 17th.