KennyHoopla Drops New Song “the world is flat and this is the edge//”: Stream

The "genre-agnostic" artist is also going on tour 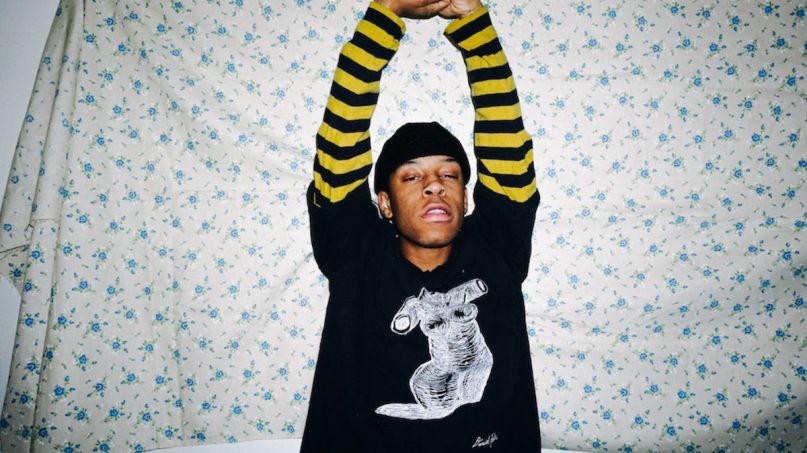 Experimental indie pop artist KennyHoopla has shared a new single called “the world is flat and this is the edge//”. To coincide with the news, he’s revealed a handful of upcoming tour dates, too.

Kenneth La’ron, the Ohio-born, Wisconsin-based artist behind the moniker, has been making a name for himself in the DIY world with his “genre-agnostic” music. This new track as KennyHoopla follows up his previously released single “how will i rest in peace if i’m buried by a highway?//”, which has been flirting with alternative radio charts.

“the world is flat and this is the edge//” sounds like a flat-earther coming to terms with reality. While KennyHoopla sings about the world coming to an end, his interwoven beat mutates from synthpop to experimental indie in unexpected, tangled, streamlined ways. The combination makes for an unexpected listen, to say the least. Stream the song below.

As previously mentioned, KennyHoopla will be hitting the road next month as an opener for Joywave. His leg of the tour kicks off on April 18th in Buffalo, New York and sees him stopping in Toronto, Boston, Brooklyn, Philadelphia, Nashville, Atlanta, Dallas, Austin, Los Angeles, London, and more before wrapping up on May 14th in Brighton, England.

After concluding the Joywave tour, KennyHoopla will make a pitstop at Hangout Music Festival for a live performance. Find an updated list of his tour dates below.