The first proper single from the Atlanta actor's upcoming album, Self Control 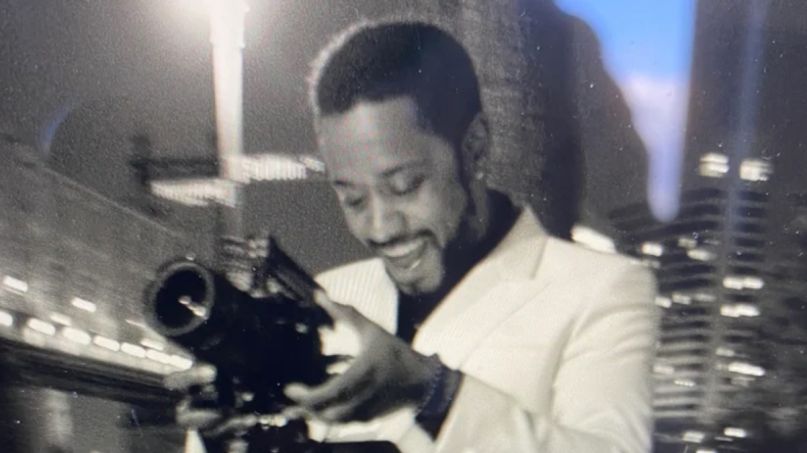 With roles in Get Out, Atlanta, and Knives Out, Lakeith Stanfield has made a respected name for himself as an actor. Simultaneous with his rise in Hollywood, however, he’s been slowly inching his way into the music landscape with collaborations with tUnE-yArDs and Charlamagne tha God diss tracks. Today, the multi-hyphenate is back with a new song under his HTIEKAL moniker (that’s “Lakeith” backwards), “Fast Lane”.

Stumbling in on a somewhat intoxicated funk beat, “Fast Lane” is “about struggling and striving and getting through the harder times—and coming out on the other side with some hope,” Stanfield told GQ. It comes accompanied by a music video that kicks off like a classic 1940s drama before flashing back to happier times of the actor/musician spinning through Times Square and Joker–walking down a flight of stairs with his paramour. Watch it ahead.

In his interview with GQ, Stanfield touched on his upcoming album, Self Control. With “Fast Lane” serving as the first official single, the project is “basically a journey of me coming from nothing, moving into Hollywood, into a whole other type of darkness, and having to adjust to the loss and pain that comes along with that,” he said. He continued,

“I wrote about one of the people who was very close to me who is no longer with me anymore. I feel like I have to be vulnerable about these things so I can grow. And hopefully that’ll inspire other people to do some self-therapy. Face your demons and the real things you’re going through. Sometimes I try to walk through life without letting the trauma of my past affect me. But sometimes it still does. This is about how you get through moments like that.”

Near the end of the discussion, Stanfield touched on the now-delayed new season of Atlanta. With the current coronavirus pandemic, he expects the series to have “a lot of stuff to draw from” when it does return. He also revealed he recently talked to Donald Glover about his new Childish Gambino album, 3.15.20. Ask if he has plans to collaborate with his fellow multidisciplinarian, Stanfield teased, “You’ll have to keep your eyes peeled to see.”

Read the whole thing at GQ.