Live Nation to Halt All Tours, Broadway to Shut Down Due to Coronavirus

New York also plans to restrict gatherings to under 500 people 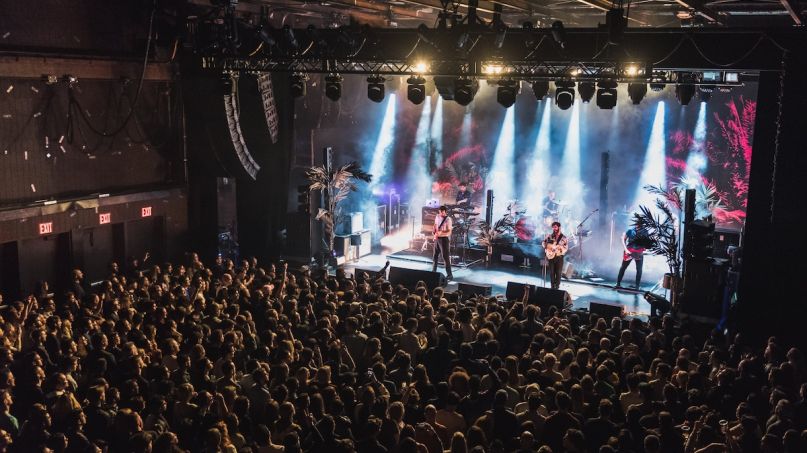 It’s been a day when event and production cancelations have continuously rolled out in the wake of the coronavirus pandemic, and now the biggest of them all has dropped: Live Nation is planning to halt all tours around the world until the end of the month. At nearly the same time, the Broadway League has announced that all of Broadway’s shows will be suspended through April 12th.

Billboard first reported the Live Nation news, revealing that the entertainment giant told employees they would be pulling all national and international tours off the road beginning this weekend. A few concerts will go on as planned Thursday and Friday, but all other performances will be postponed or canceled outright through the end of March. The company has also instructed its employees to work remotely, with its Beverly Hills headquarters essentially closed until April.

According to Billboard’s sources, a company executive speaking on a conference call told staffers that they would reassess at the start of April, with “the goal of resuming touring in May or June.” Thankfully, there doesn’t appear to be any need for layoffs (as happened when South by Southwest was canceled), with company officials telling employees they were “well positioned to weather the closure.”

Of course, bands, fans, and venues may not be so lucky. Live Nation promotes just about every major tour there is, from Billie Eilish and Tool to Lewis Black and Peppa Pig Live. Even though the company calls March “a slow month,” the impact of canceling all their tours will be severe. We’ve reached out to Live Nation asking for a full list of the impacted tours.

The cancelations come as Live Nation and AEG have teamed with the country’s biggest booking agencies — Creative Artists Agency (CAA), William Morris Endeavor (WME), Paradigm, and United Talent Agency (UTA) — to present a unified front in the live entertainment industry’s response to COVID-19. In a joint statement, the coalition said,

“The world’s leading forces in live entertainment have come together to form a global task force to drive strategic support and unified direction ensuring precautionary efforts and ongoing protocol are in the best interest of artists, fans, staff, and the global community. At this time, we collectively recommend large scale events through the end of March be postponed.

We continue to support that small-scale events follow guidance set by their local government officials. We feel fortunate to have the flexibility to reschedule concerts, festivals, and live events as needed, and look forward to connecting fans with all their favorite artists and live entertainment soon.”

Meanwhile, New York Governor Andrew Cuomo has directed public gatherings be limited to under 500 people as the number of confirmed coronavirus cases in the state hit 328. As part of the Governor’s orders, all Broadway shows will be shut down through April 12th. Performances are currently scheduled to resume beginning April 13th, with ticket refunds and exchanges available at point of purchase.

In a statement, President of the Broadway League Charlotte St. Martin said,

“Our top priority has been and will continue to be the health and well-being of Broadway theatregoers and the thousands of people who work in the theatre industry every day, including actors, musicians, stagehands, ushers, and many other dedicated professionals. Broadway has the power to inspire, enrich and entertain, and together we are committed to making that vital spirit a reality. Once our stages are lit again, we will welcome fans back with open arms so that they can continue to experience the joy, heart, and goodwill that our shows so passionately express every night.”

The cancelations are just the latest in a shocking wave of cultural events affected by the spread of the novel coronavirus. In the last 24 hours alone, Tom Hanks and Rita Wilson tested positive for the virus on the Australian set of Elvis; the movies A Quiet Place Part II and Fast & Furious 9 were delayed, with the latter pushed a full year; all of late-night TV declared they’d film without studio audiences; and the 2020 Rock and Roll Hall of Fame induction ceremony was postponed, while Canada’s Juno Awards were canceled completely.

Stay updated on all the major events canceled, postponed, or otherwise impacted by the coronavirus here.