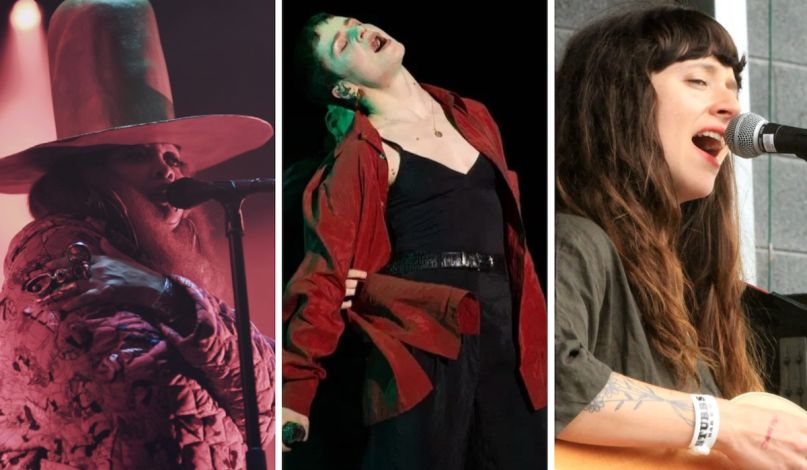 With all tours and events grounded because of the coronavirus, artists have been using livestreaming to stay close to their fans. Already we’ve seen Neil Young, Chris Martin, and Ben Gibbard livestream mini concerts from their homes, while Willie Nelson plans to broadcast his star-studded “‘Til Further Notice” event Thursday night. Now, Erykah Badu, Christine and the Queens, and Waxahatchee are following suit with their own virtual sets.

Badu took to Instagram to announce her “Apocalypse One” concert. Airing live from her own bedroom this weekend, the livestream will see Badu perform songs of her own choosing along with fan requests, and all for just $1 dollar.

“We gotta keep moving, y’all. We gotta keep this thing going,” Badu wrote. “We’re a community of artists who our survival depends on performing… Stay tuned. We’ll let you know the rest of the details very, very soon.”

Badu has had to cancel some tour dates in the wake of the outbreak, but she’s since rescheduled a number of them already. Grab your tickets here.

Christine and the Queens, like Ben Gibbard, is taking a more daily approach to her livestream. Every day at 6 p.m. ET, the French artist also known as Héloïse Letissier will perform live from Ferber recording studios in Paris.

“I’ll find a way to deal with the ennui,” she wrote in her initial announcement post. “Guests and weird concepts included.”

The nightly livestream series is being broadcast via Instagram. The first edition saw Christine and the Queens deliver an acoustic rendition of “People, I’ve Been Sad”, from her new La Vita Nuova EP.

As for Waxahatchee, the indie songwriter is set to perform on Instagram Live on Thursday beginning 9 p.m. ET. She’ll be joined by fellow musician Kevin Morby.

“We will take some calls and requests and just generally be hanging out having a good time,” Morby wrote on Instagram. “Excited to hear from you. If you live in Europe I know this is very late for your time zone but I will have more announcements in the coming days about another performance that’ll work for you. Hope everyone is staying safe and sane out there.”

Waxahatchee, aka Katie Crutchfield, recently announced the postponement of her entire North American tour. She has a new album called Saint Cloud due out March 27th.

For a full list of all the canceled tours and festivals, head here. If you’re looking to divide your time between virtual concerts and some good old fashioned binge-watching, we’ve got some suggestions for TV and movies that are streaming right now.