Lord of the Rings, The Witcher, The Handmaid’s Tale Pause Production Due to Coronavirus 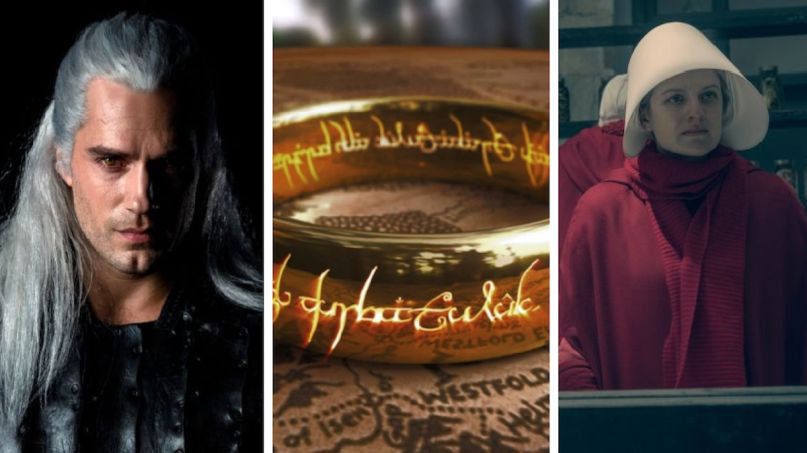 The Witcher (Netflix), Lord of the Rings (Amazon), and The Handmaid's Tale (Hulu)

It looks like the threat of coronavirus will stop every TV show in sight, even the highly anticipated, multi-million dollar ones. Netflix has decided to pause production on Season 2 of The Witcher, Amazon has suspended production for its series adaptation of J.R.R. Tolkien’s The Lord of the Rings, and Hulu is clamping down on The Handmaid’s Tale, reports ComingSoon.

The Witcher began production three weeks ago, shortly after Season 1 established itself as a breakout show on Netflix. Now, the fantasy series has to hold off to prevent the spread of coronavirus to crew and cast members, including Henry Cavill, Freya Allan, and Anya Chalotra. In the meantime, all eight episodes of the first season are currently available on Netflix to stream while you wait for its return.

“We have made the decision, effective immediately, to pause production for two weeks during this difficult time. This will allow everyone the time to make informed decisions about how to move forward,” a production member working on The Witcher said in a statement. “The coronavirus has raised challenging issues for everyone working on set on productions for Netflix. We are very grateful for all the work everyone has done to keep cast and crew safe during this pandemic.”

As for the new Lord of the Rings series, everything is on hold for at least the next two weeks, with a staff memo noting that “there are no clear answers to when we will resume.” Amazon committed to a five-season order when they picked up the rights to Tolkien’s masterpiece, and so far Seasons 1 and 2 have received the official greenlight. The series is being led by showrunners and executive producers J.D. Payne and Patrick McKay, and director J.A. Bayona is set to helm the first two episodes. It takes place in the Second Age, essentially distancing the upcoming TV show from the beginning of The Lord of the Rings by about 3,000 years.

“[Cast and Crew were directed to] not report to the set or to the studio without the express permission of your supervisor,” the GSR Productions memo read. “[This shutdown is done to] minimize stress on the resources and infrastructures around us by doing our part to reduce population density in our communities and daily activities, in efforts to help reduce the spread of the virus. We will provide updates as we continue to evaluate trends and developments.”

Hulu and BBC have temporarily shut down their productions as well, including the former’s fourth season of The Handmaid’s Tale and the latter’s sixth seasons of Peaky Blinders and Line of Duty. In a statement, the BBC said, “We will continue to review all productions on a case-by-case basis and will continue to follow the latest news and advice from the Foreign Office, World Health Organization, and Public Health England.”

Other TV shows are being hit by coronavirus prevention, too. As previously reported, Netflix has paused production on Stranger Things Season 4, and FX has put series like Atlanta, Fargo, and Snowfall on hold. With the entertainment business coming to an abrupt halt, it’s no wonder that coronavirus is expected to cost the film industry $20 billion.

Check out our full list of coronavirus postponements, cancellations, and closures here.

Previous Story
Universal to Release The Hunt, The Invisible Man, and More on VOD This Friday
Next Story
Production on The Matrix 4 Shut Down Amid Coronavirus Crisis
Popular
More Stories
[fu-upload-form form_layout="media" title="Submit Your Photo"][input type="hidden" name="ugc" value="1"][/fu-upload-form]