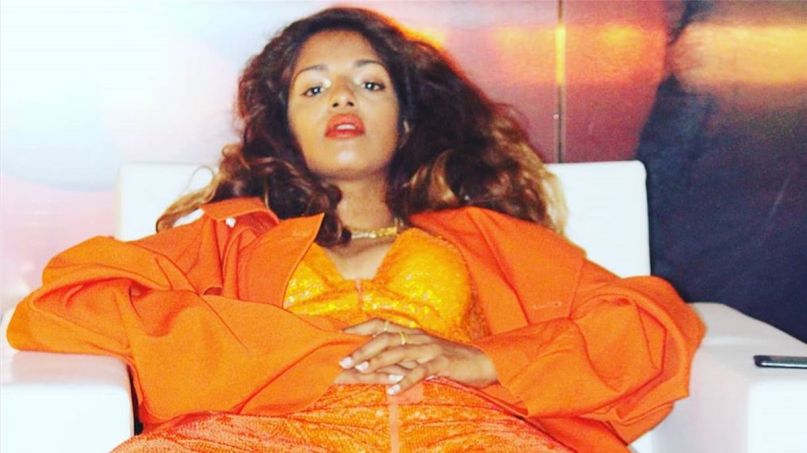 It looks like M.I.A.’s decision to quit music has been revoked — and just in time. With both Britain’s Prime Minister and the President of the United States floundering as the rest of the world deals with a literal pandemic, the political rapper has begun working on new music. And today, she’s decided to share “OHMNI 202091”, her first new song in four years.

M.I.A. started a Patreon account earlier this year so fans can keep tabs on her upcoming projects in real time. Her posts mostly consisted of behind-the-scenes looks and various stray ideas, reports Stereogum, until she uploaded a new track on Sunday titled “OHMNI 202091”. Best of all, she didn’t put it behind a subscriber paywall — meaning any and all fans can give it a listen right now.

“OHMNI 202091” is four minutes of nonstop thrills. Over crunchy instrumental beats and a warped, looped choir, M.I.A. comes out swinging with Marvel references, film nods, and a welcome breath of self-confidence that’s as contagious as it is coy. “Back on track/ I’m on a new level,” she sings in the chorus, and, honestly, it’s hard to argue against her. Listen to it for yourself directly on M.I.A.’s Patreon.

“Free music to get you the fuck up outta bed!” she tweeted excitedly. “Here’s the beginning. New M.I.A. M.I.A W2020 4 COV19.” Her last full-length album, AIM, came out in 2016. She released a one-off track called “P.O.W.A.” the following year and the previously unreleased track “Reload”, but otherwise decided to take a break from music because the censorship became unbearable. No wonder M.I.A. is over the moon to share new music with listeners again.

So far, 2020 is off to a strong start for M.I.A. After releasing the highly anticipated documentary MATANGI / MAYA / M.I.A and gracing the top of numerous end-of-the-decade lists (including our top 25 hip-hop and R&B songs of the 2010s as well as the 100 best songs of the 2010s in general), she was honored with the Most Excellent Order of the British Empire from Prince William himself. So yeah, it’s definitely looking like M.I.A. is back to claim her throne this year.