Our former Artist of the Month also unveil a bizarre music video for the track, plus reschedule their upcoming US tour 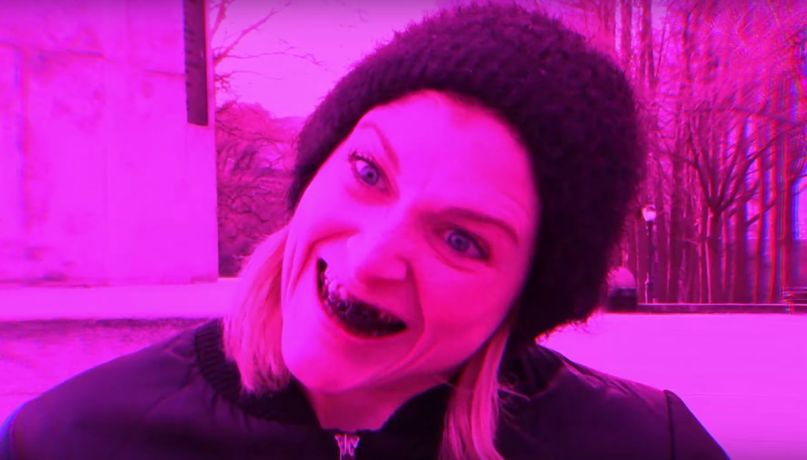 Ready to be self-conscious about your gum line? Today, Chicago outfit Melkbelly have released a new single called “Sickeningly Teeth”, and its bizarre video features a myriad of messy mouths. Additionally, the group has rescheduled its North American tour in light of the COVID-19 pandemic.

“Sickeningly Teeth” is the third preview of new album PITH, and like its predecessors, “Humid Heart” and “LCR”, the track is more proof for why the raucous and rumbling rockers are worth your ears. The single oscillates between crunchy riffs and frontwoman Miranda Winters’ menacing coo, eventually erupting into a chugging breakdown of scorching guitar leads and cacophonous feedback.

The accompanying video is similarly chaotic, depicting an eerie world where everyone has vegetable gunk stuck in between their teeth. In it, actor John Reynolds (Search Party, Stranger Things) loses his mind and starts ripping handfuls of lettuce out of a man’s mouth.

As for their rescheduled shows, our former Artist of the Month have pushed back their North American dates from April to August.