Ozzy Osbourne Says He Will “Absolutely” Play Live Again: “I’m Not Ready to Hang Up My Mic” 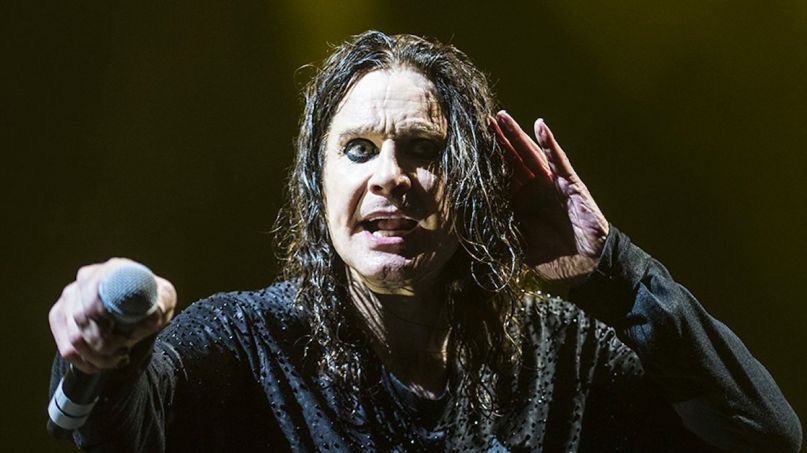 Ozzy Osbourne “absolutely” intends to play live again despite his recent health issues. In a new interview, the singer said he hopes to return to the stage soon despite canceling his North American tour to undergo treatments for Parkinson’s disease and injuries he sustained during a fall last year.

“My desire is to get back on stage,” Ozzy told ITV’s Good Morning Britain. “I’m not ready to hang up my mic yet – that’s what I live for. I exercise as much as I can: I have a trainer, I do pilates. But the best medication I can get is being in front of an audience, which is breaking my heart.”

When asked directly if he will get back onstage again, Ozzy answered, “I will. Absolutely. I have to say that.”

The comments echo Osbourne’s remarks to Radio.com last month when he emphasized that he considers the North American tour “postponed,” not canceled.

“The way I look at it, and I’ve spoken to [my wife] Sharon about this, I cannot go on the road until I’m 100-percent confident that I can pull it off,” he said. “Because if I go out now and I can’t carry on, people are gonna think that I’ve lost the plot. So I’m not gonna go out there until I can give them the show that I wanna give them, because it’s not fair to them.”

Ozzy’s canceled 2020 North American tour had actually already been rescheduled from last year, when he canceled all of his 2019 tour dates after suffering a serious fall at home. As of now, his fall UK and European tour is still on his schedule.

Sadly, Ozzy hasn’t been able to perform any shows in support of his new album, Ordinary Man — the highest charting effort of his career. However, the recording sessions helped Osbourne cope with his string of health ailments.

In addition to returning to live performance, Osbourne hopes to begin work on a follow-up album with producer Andrew Watt this month.

Watch the full interview with Good Morning Britain below.