Pearl Jam Knew What They Were Doing on No Code, Even if I Didn’t 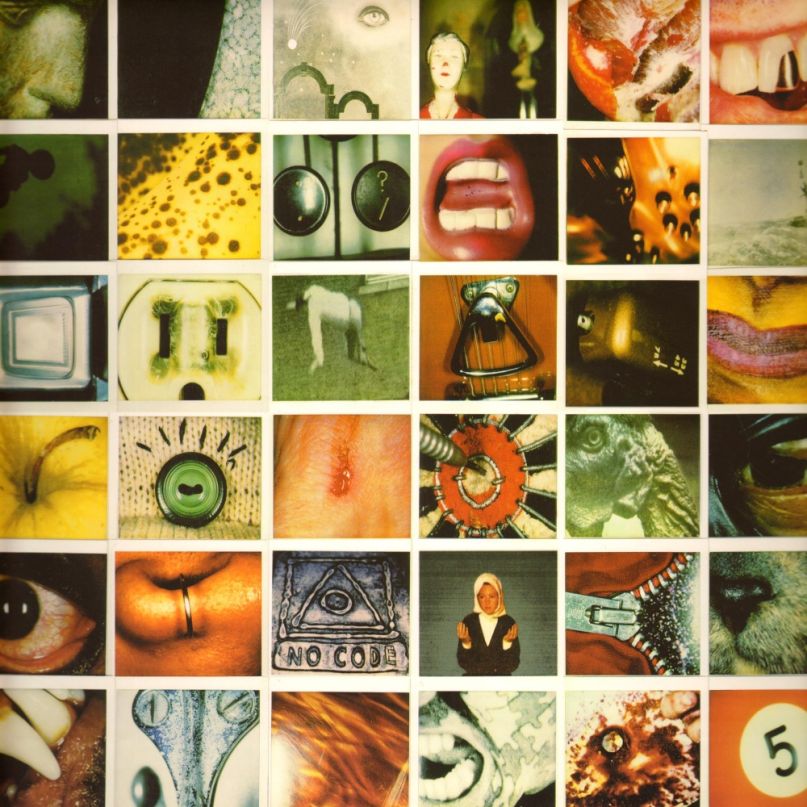 Our celebration of Pearl Jam 30 continues with an anniversary piece we originally ran on No Code back in 2016. For more PJ coverage, check out a personal reflection on Vs. as well as an early review of Gigaton.

By the turn of the new millennium, Pearl Jam had made it their business to be the best rock and roll band on a stage. Whether or not they actually claimed that title is a matter of opinion, but it’s the attempt — the desire to be great at everything they do — that has defined the band for the past 15 or 20 years. They have the authority and confidence of a veteran band their age and a stamina that far belies it. It’s a combination that makes them one of the best live rock bands in the world, and I’ve worshiped at the church enough times to testify to it.

Of the six Pearl Jam shows I’ve seen, none have been the same. One night they jammed with then-Red Sox general manager and current Cubs president Theo Epstein. Another time my ears were for the first time graced with the sounds of “Chloe Dancer”, which I thought to be one of the best Pearl Jam songs ever until I found out it was actually a Mother Love Bone tune. There was the time that “Better Man” morphed into a cover of the English Beat’s “Save It for Later”, and today I still can’t think of one without hearing the other in my head. In the summer of 2013, my friend Robin and I waited out a rain delay for nearly three hours at Wrigley Field to watch the band defiantly play past curfew to two a.m. They even played “Bugs”, much to everyone’s amazement.

“Bugs lol,” our editor-in-chief Michael Roffman texted me after the show. Indeed.

I suppose now is as good a time as any to ask the question of how this all happened. How did Pearl Jam, once the reluctant poster children of the grunge and alternative rock boom of the early ’90s, strategically move the chess pieces to become one of America’s greatest rock and roll exports? When did they claim that sense of adventure, that willingness to openly fly in the face of expectations? When and how did they become the Pearl Jam we know today: challenging, exciting, unpredictable to even their staunchest of fans? Ironically enough, it may have all started with a record that initially made me wonder if my time with the band had come and gone.

When Pearl Jam released No Code on August 27, 1996, it stopped fans and critics in their tracks. I was one of them. At the all-knowing age of 13, I thought I had the band figured out. Admittedly, I grew up a bigger fan of Nirvana, but I wasn’t really interested in picking sides. I liked Pearl Jam’s loud, anthemic take on alternative and grunge, and I was ready to listen to different variations of Ten, Vs., and Vitalogy for the next 10, 20, and 30 years. Why would they leave behind what so clearly wasn’t broken? Why gamble with a good thing? Of course, No Code was exactly that if nothing else. It was a huge band gambling with their fame and stardom by deliberately going against the things they knew fans wanted and expected. What’s more, they kind of hoped No Code failed everyone’s test.

They failed mine, big time. When I first heard “Who You Are”, essentially the alternative rock equivalent of a kumbaya drum circle, I almost refused to believe it was Pearl Jam. Where did this song fit? It didn’t, and the band knew it. The song was essentially a test of fans’ loyalty. My loyalty. The title alone a statement of identity; “Who You Are” is to this day arguably the least Pearl Jam-sounding Pearl Jam song in the band’s catalog, and yet it was the song the band chose to help introduce No Code to the world. The message was clear: We will not do what we’re told. We will follow our own sound, ideas, and vision. Love us or leave us.

The disappointment and confusion didn’t stop there. I didn’t like how album opener “Sometimes” came in like a lamb, complete with subtle guitar strums and delicate snare, all topped with Jeff Ament’s bowing bass.

“Off He Goes” was too slow, too mature-sounding. Not enough grit and balls. In retrospect, “Smile” had a cool, Neil Young-inspired blues rock edge going for it, but this was still three or four years before I really got turned on to Neil’s music. “Habit”, “Hail, Hail”, and “Lukin” (named for then-Mudhoney drummer Matt Lukin) were tougher tunes more in step with the kind I wanted and expected from the band, but they felt like afterthoughts in some bigger musical scheme I just didn’t get. Whereas its predecessors were marked largely by an explosive merger of arena rock aspiration and punk rock grit, No Code was playing a stranger, more complicated game.

Maybe there was no chance of people really understanding what No Code was when it was first released, but hindsight is everything. Having watched the trajectory of Pearl Jam’s career wind and weave its way from grunge to that genre’s answer to stadium-ready classic rock, a lot of the things that once perplexed me about No Code now make sense. I made the mistake 20 years ago of looking at Pearl Jam as just another rock band, and I underestimated how important the fight and the challenge are to the band’s sense of self. They weren’t being dicks in veering their sound away from grunge toward art rock experimentalism; they did it because they had to follow their own course, regardless of whether or not I and others were ready to follow along with them.

Pearl Jam played hardball on No Code, but no longer do I hear the record as a cranky, ungrateful “fuck you” to fans and critics. These days, I hear it as the work of a band ready to grow on its own terms at a critical juncture where they had to branch out. No Code still isn’t my favorite Pearl Jam record — not even close, really. But I respect the fact that it holds an important place in the band’s history. It was the sound of a grunge band dying and a new group of rock and roll iconoclasts getting their wings.

As I delved further into punk rock and indie rock through high school and college, I began to appreciate Pearl Jam more for the hard lines they’ve taken over the years that I used to hate. I didn’t like how their war with Ticketmaster probably cost me more than a few opportunities to see them play live when I was younger. I shrugged at No Code and its immediate successors, Yield and Binaural, for not meeting my loud alternative and grunge demands. But growing up a fan of punk, hardcore, and independent music taught me a lot about the value of integrity. Pearl Jam aren’t a punk band, but they’re the rare band of their stature that, 25 years into the game, is still driven by that punk rock, DIY spirit. It’s something I’ve come to appreciate more and more about the band over time, and looking back, that all began with No Code. It might have been a hard sell in 1996, but today, the record sounds exactly like the proud and fearless band Pearl Jam have long since grown into.