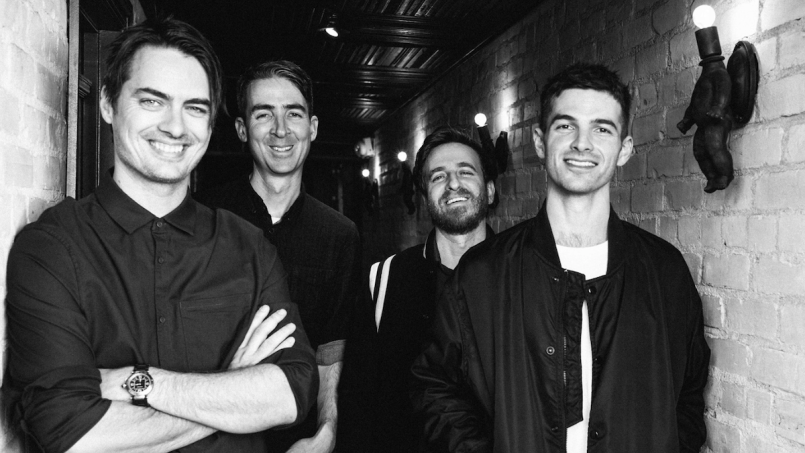 Phantom Planet have announced their fifth studio album Devastator, their first full-length in 12 years. Ahead of the LP’s May 8th release, the band has shared the single “Time Moves On”.

Fittingly for the latest single, “Time Moves On” speaks to the sentiment of moving onward, though sonically it sounds as though no time has passed for the band. Another one produced by Berg, the track rides an easy bright groove, sitting right in the pop-rock pocket without feeling overly polished. Over it all, vocalist Alex Greenwald sings of accepting the transience of life and waiting to naturally get past the tougher moments.

In a press statement, Greenwald talked about the lyrical inspiration, saying,

“I wrote this song for anyone experiencing the loss of a loved one. It was the first song I wrote to ease the pain of a very sudden, very public break-up with my fiancée, Brie [Larson]. I needed to tell myself things would change eventually. They always do. I needed to remind myself there’s a light at the end of the tunnel.”

“Time Moves On” comes equipped with a lyric video that unfolds over a text exchange. The visual has a similar feel to the one Miranda July directed for Sleater-Kinney’s “Hurry On Home”. Take a look below.

Right now, Phantom Planet only have a couple of shows scheduled ahead, though with a new album, there could certainly be more on the horizon. Grab tickets and watch for new dates here.