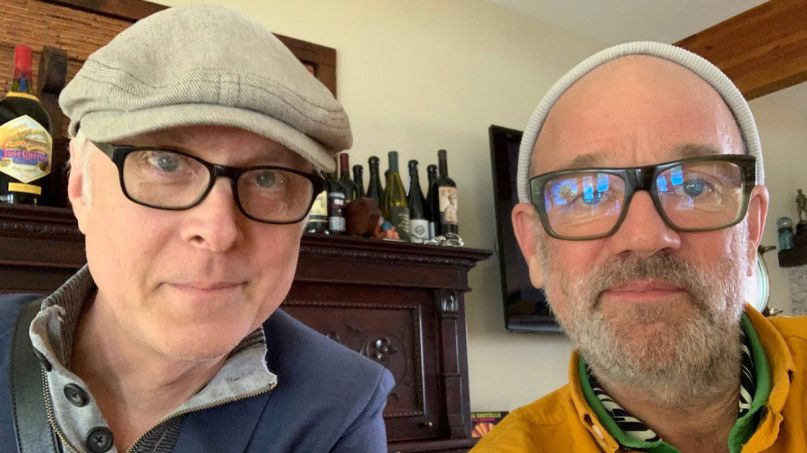 News broke yesterday that drummer Bill Rieflin had passed away at the age of 59. A wildly accomplished musician, he had played for Ministry, Swans, and King Crimson. In the early aughts until the end of their career in 2011, Rieflin was also a member of R.E.M. Now, his former bandmates in the group, Michael Stipe and Mike Mills, have paid tribute to the late drummer.

In separate social media statements, Stipe and Mills acknowledged both Rieflin’s skill and his intellect. “Bill Rieflin was a gentleman and a gentle man, but he could beat the shit out of a set of drums,” wrote Mills. “A musical polymath, deeply intelligent and very funny. I’ll miss sharing his darkness and his laughter.”

As for Stipe, he shared a picture Rieflin had sent him just last week when he met up with the Patti Smith Group’s Lenny Kaye, as well as an image of himself with the drummer from June 2019. Stipe then went on to fondly recall meeting Rieflin for the first time:

“A forever memory is decades old, when I first met Bill at a late night Policeman’s bar in Seattle, sat at a greasy table drinking scotch, and we listened to ‘Birdland’ off the jukebox in reverent silence and awe. His attentiveness to that song then and there indicated a lot to me about what it would be to work with Bill — which commenced to create some magical and beautiful collaborations and life long friendships.”

Read both full statements below. You can also revisit Rieflin’s time with R.E.M. by picking up the three albums he played on: Around the Sun, Accelerate, and Collapse into Now.

Bill Rieflin was a gentleman and a gentle man, but he could beat the shit out of a set of drums. A musical polymath, deeply intelligent and very funny. I’ll miss sharing his darkness and his laughter. Words really don’t suffice. R.I.P., Spill Brieflin.