The two-hour, 24-song festival performance is now available to watch in full 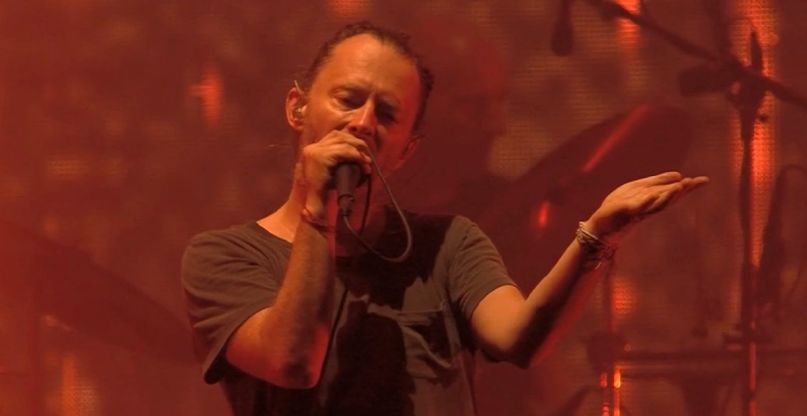 For your self-quarantine viewing pleasure: Radiohead’s 2017 headlining set at the Netherlands’ Best Kept Secret Festival is now streaming in full.

The two-hour, 24-song set can be viewed at the recently launched Radiohead Public Library, as well as at the Dutch website 3voor12. Coming as part of the band’s 2016-2017 world tour supporting A Moon Shaped Pool, the setlist included several album tracks, plus past favorites like 15 Step”, “All I Need”, “Everything In It’s Right Place”, “The Gloaming”, “Bodysnatchers”, “Let Down”, and “There, There”.

The Radiohead Public Library includes plenty of other content to enjoy while you’re stuck at home, everything from rare B-sides and live recordings, to high-res performance footage and TV appearances, much of which had never before been seen until recently.

Yesterday, Radiohead guitarist Ed O’Brien revealed his own battle with coronavirus and is currently self-quarantining at his home in Wales. Both he and frontman Thom Yorke were scheduled to embark on solo tours this spring, but those plans were derailed due to the pandemic.

Encore 2:
Lotus Flower
There, There