The 19-date hair-metal extravaganza kicks off in June 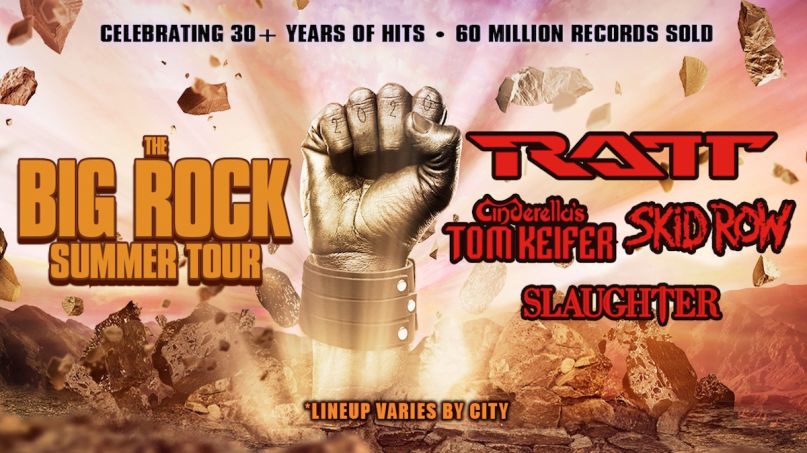 The four staples of the ’80s and early ’90s hair-metal boom are teaming up for “The Big Rock Summer Tour”, which kicks off June 3rd in Farmingville, New York. After a two-week run in June, the tour picks up again in late August, running until a September 19th gig in Los Angeles.

“We’re looking forward to layin’ it down on The Big Rock Summer Tour,” stated RATT singer Stephen Pearcy. “The band is firing on all cylinders and more than ready for the shows with some great bands. Let the games begin!”

Tom Keifer added, “We are celebrating 30 years of kick ass rock with Ratt, Skid Row and Slaughter this summer, and promise to bring a 100% live, loud, leave it all on the stage, #keiferband style rock show.”

All told, the four acts have sold more than 60 million records worldwide, each scoring big hits during hair metal’s heyday.

Tickets for the “The Big Rock Summer Tour” go on sale this Friday (March 13th) via Ticketmaster, with pre-sales starting as early as Tuesday (March 10th). Fans can also pick up tickets here.