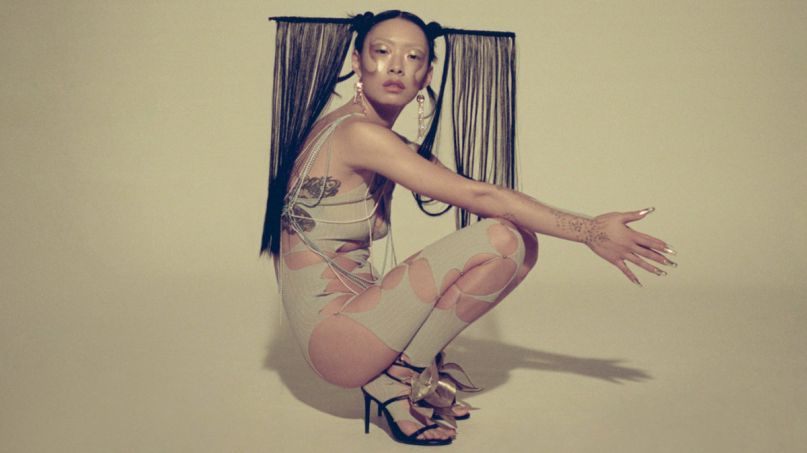 Rina Sawayama is set to drop her futurist pop debut, the self-titled SAWAYAMA, next month. After teasing the release with the metal “STFU” and the clubby “Comme Des Garçons (Like The Boys)”, the London-based artist is showing yet another side of her sound with new single “XS”.

The most straight-forwardly pop track shared from the LP thus far, the verses feel ripped right from the mid-’90s. However, a shredding guitar leading in and out of the chorus signals that bubbly groove is hiding something ominous. It all starts feeling like a Black Mirror episode when you dig into the lyrics, which Sawayama described in a press release.

“Given that we all know global climate change is accelerating and human extinction is a very real possibility within our lifetime it seemed hilarious to me that brands were still coming out with new makeup palettes every month and public figures were doing a gigantic house tour of their gated property in Calabasas in the same week as doing a ‘sad about Australian wild fires’ Instagram post. I mean I’m guilty of turning a blind eye too, because otherwise it makes me depressed. We’re all hypocrites because we are all capitalists, and it’s a trap that I don’t see us getting out of. I wanted to reflect the chaos of this post-truth climate change denying world in the metal guitar stabs that flare up like an underlying zit between the 2000s R&B beat that reminds you of a time when everything was alright.”

SAWAYAMA is due out April 17th through Dirty Hit Records. One week later, Rina Sawayama will launch “The Dynasty Tour” as she supports the album across North America. Get tickets to all her upcoming shows here.