Run the Jewels Surprise Release New Song “The Yankee and the Brave”: Stream

They're calling it the "jump the street corona edition" 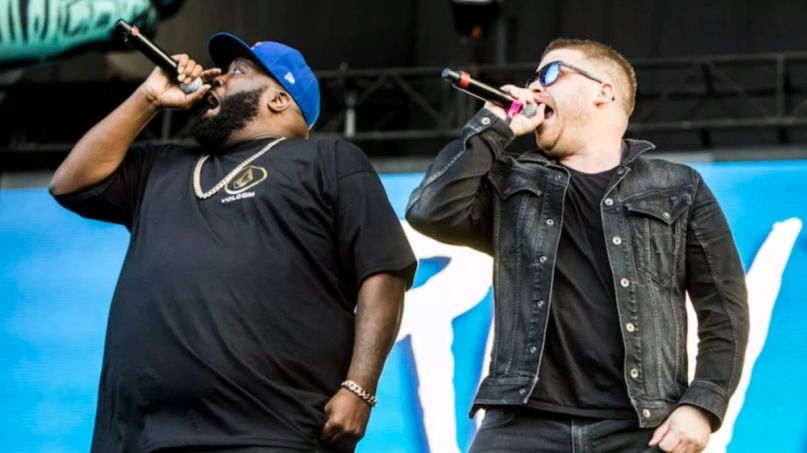 Run the Jewels have shared a new song called “The Yankee and the Brave (ep. 4)”. It’s our first official taste of RTJ4, their upcoming album and one of the most anticipated hip-hop releases of 2020.

So far, Run the Jewels still haven’t announced a release date for RTJ4, but we do know that it’s slated to drop sometime this year. We also know that Killer Mike and El-P recorded the follow-up to Run the Jewels 3 at both Rick Rubin’s Los Angeles-based studio Shangri-La and the legendary New York staple Electric Lady.

“The Yankee and the Brave” is the first track we’ve heard from the record, but there’s a chance the album version may differ from this one, as El-P is dubbing this the “jump the street corona edition.”

El-P also took to Twitter to reveal that once the album is finally released, it’ll be available free of charge. “Like every album we’ve done #RTJ4 will be available in all the normal places but also as a free download,” he wrote. “This is for anyone who doesn’t feel like they have a budget for music right now or for anyone who isn’t sure they fuck with us yet.”

So how does the song actually sound? Pretty good. “The Yankee and the Brave” starts with a radio dial knob changing between stations before settling on a sparse, minimal beat that loops into a groovy bass line. Killer Mike and El-P take turns racing through verses above it before they launch into a head-bobbing chorus that sounds like two drum kits crashed into one another. Stream it below.

Once the live music scene gets back to normal, the rap duo has a busy schedule ahead of them, including a nonstop run of live performances at festivals like Coachella, Pitchfork, Reading and Leeds, Rock en Seine, Firefly, Bonnaroo, and Boston Calling. On top of that, Run the Jewels are scheduled to open for Rage Against the Machine on their extensive reunion tour later this year. Find tickets to all of their upcoming concerts here.