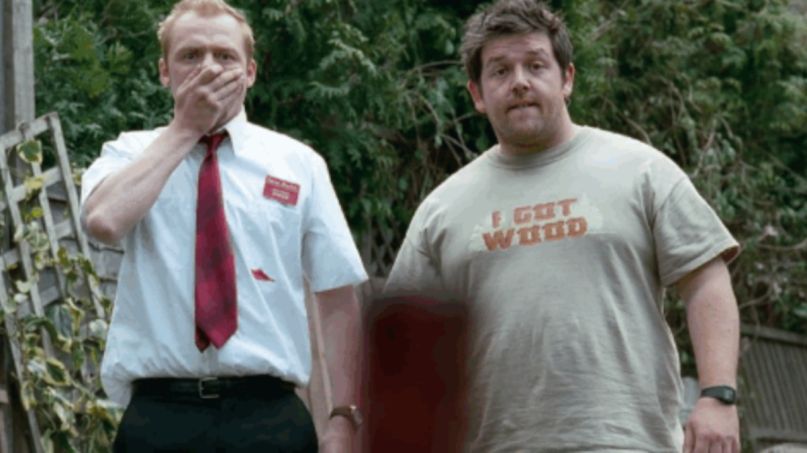 Shaun of the Dead (Universal)

Simon Pegg and Nick Frost are back together — even as they’re staying far apart. The comedic pair and frequent Edgar Wright collaborators have shared a social distancing PSA parodying the 2004 indie classic Shaun of the Dead. Only this time, instead of riding out the zombie apocalypse at the local pub, the duo are encouraging folks to avoid the coronavirus by staying home with a nice cup of tea.

Shaun of the Dead has become a popular meme source amid the COVID-19 pandemic, so Pegg and Frost revisiting the film to add more lightheartedness to the situation is fitting. Calling each other up on the phone, the actors recreate the movie’s whip-smart planning scene. Though picking up mum and heading over to The Winchester for a pint isn’t the safest move, Pegg advises, “If you can, stay at home, have a cup of tea, and wait for all of this to blow over.”

“Above all, don’t be a twat about things,” he continues. “We’re all in this together. Don’t be selfish. Look after each other. Give someone a call if you think they might be lonely.” But don’t give up your toilet paper.

Pegg even finds time in the bit to address a joke in the original scene that may read as homophobic today (Frost’s Ed calling Pegg’s Shaun “gay” for still loving his ex):

“Yea, I see what you’re doing. I know it’s 2020, but the original joke wasn’t intended as homophobic. It was more a comment on the absurdity of straight male appropriation of homophobic signifiers in order to denote their aversion to emotional candidness.”

Watch the full slice of fried gold down below, followed by the original Shaun of the Dead scene.