Fact: No guilty party will be able to get this song out of their head 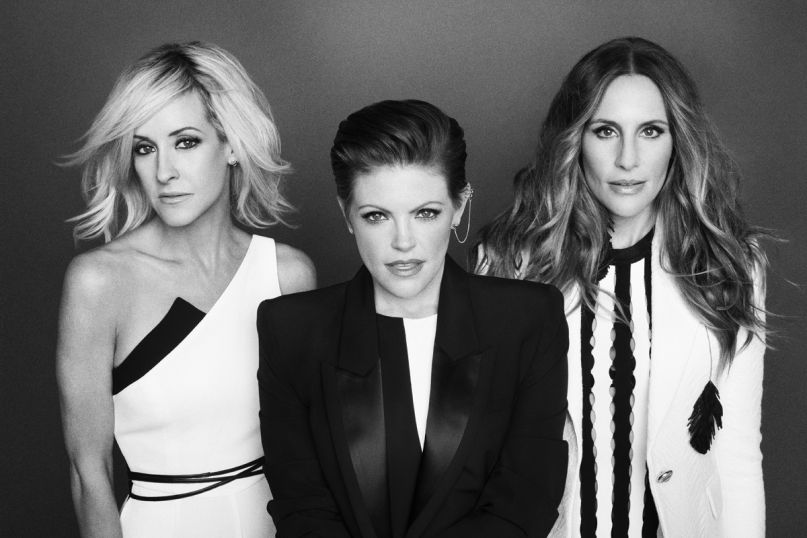 What would a week of national panic and political turmoil be without the Dixie Chicks tossing this Molotov cocktail of a comeback single to cap it off? First, savor the title, the word “gaslighter” itself, which appears no less than 16 times over three minutes and change. This song is possibly its very first usage in country music and yet countless country singers, especially women, have been identifying with this song’s sentiment since the Opry began. It’s like a total boiling-down, a volcanic diamond of decades worth of scorned and abused lovers before it.

Then there’s the position of the Chicks themselves, whose last effort, 2006’s Taking the Long Way, was largely shunned by the country establishment after three albums that made them some of the biggest stars ever inside it. (Read Chris Willman’s book Rednecks & Bluenecks for an in-depth look at the catastrophic domino effect the trio’s anti-Dubya comments had on their airplay and sales.) A whole other establishment, Grammy voters, awarded it for Album of the Year, Record of the Year, and Song of the Year. While it’s certainly no “Goodbye Earl”, the gleeful dead-abuser anthem that may well be their greatest achievement, the barn-burning “Gaslighter” makes their last hit “Not Ready to Make Nice”, which doubled down on their disgust for the Iraq War 14 years ago, sound downright polite.

They don’t twist the knife as wordsmiths the way their 2019 collaborator Taylor Swift would —Swift would’ve found a way to squeeze in something about Natalie Maines’ soon-to-divorced-husband demanding access to her unreleased recordings in court for potentially “violating a confidentiality clause.” Instead, they find power in numbers, with three women chanting “gaslighter” and “liar” and “denier” to wear down the perpetrator lest he do it to them. They dig their heels in by being catchy, by ensuring no guilty party will be able to get this song out of their head.

For Fans Of: Dixie Chicks, of course. This is so in their wheelhouse you could put rims on it. But give a round of applause to Songwriter of the Decade candidate Miranda Lambert for blazing a righteous path that might make them safe for country radio again.

Best Moment: This is producer-polymath Jack Antonoff’s farthest-out work yet, helping the Chicks return to their twangy selves after Rick Rubin polished them up to adult-contempo-midtempo last time out. If you thought last year’s universally acclaimed Lana Del Rey album was a far cry from his stadium-drummed synthpop for Lorde or Swift or even St. Vincent (or himself as Bleachers), the only traces “Gaslighter” bears of his signature hallmarks are some smartly arranged strings that lift the inescapable chorus to another plane entirely.

Where to Go From Here: About 20 years ago, Dixie Chicks released two great albums that sold a ton but had little to do with the cool-kid conversation: 1999’s Fly and 2002’s Home. Now that Katie Alice Greer from political art-punks Priests has covered Fly in its entirety and Pitchfork gave a Sunday Review special to Home — plus, the allegiance with Antonoff, producer of almost all the cool kids of the last five years — these proto-feminist, bluegrass-raised virtuosos are ripe for a whole new generation to discover. Check out their furious take on Bob Dylan’s “Mississippi” that became a live staple, too.

Other Great Songs This Week: The heaven-sent rapper CupcakKe is back, thank “Lawd Jesus”, after a series of saddening social media posts and deleting her great, shameless music from streaming services. Megan Thee Stallion just dropped a whole new album, Suga, in the midst of some ugly label litigation, but you’d never know it from the breezy and playful standout “Captain Hook”. Partner is a Canadian riff-rock duo that rules and has a new single out, “Good Place to Hide (At the Time),” which bears the heavy influence of their beloved Rush. (Partner’s “Limelight” cover also rules.)