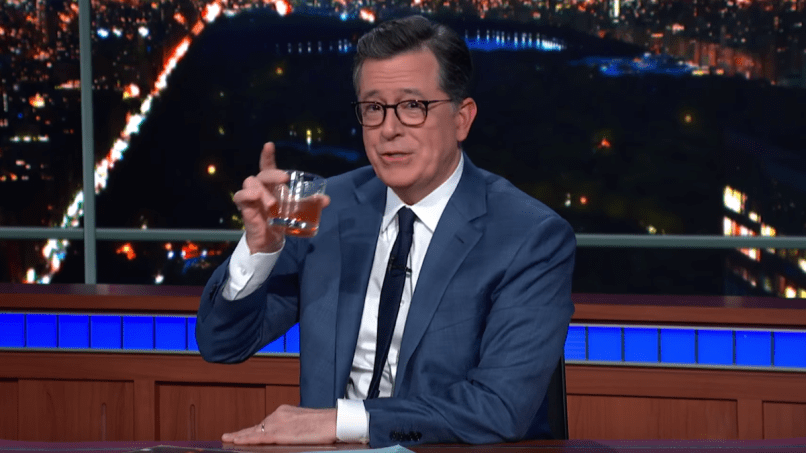 The Show with Stephen Colbert

The response to the coronavirus is moving fast, and thus the situation is understandably fluid. Late night talk shows announced yesterday that they’d begin shooting without studio audiences on Monday, only to completely suspend production altogether just a few hours later. It left hosts in uncharted waters, having to do a show that suddenly had no crowd reactions, and they each handled it differently.

Jimmy Fallon read some mediocre cue cards, James Corden got into his feelings, and Mayor Pete Buttigieg actually did an admirable job with his political punchlines while filling in for Jimmy Kimmel. But over on The Late Show, Stephen Colbert delivered a masterclass in poise, humor, and addressing an uneasy nation.

Where other hosts were clearly thrown by the circumstances, Colbert seemed to thrive. His cadence barely faltered, even as he was looser than usual. He skewered Donald Trump’s coronavirus address, chewed out the contagion for daring to put its “filthy nucleocapsid proteins” on Tom Hanks, and constantly cracked wise at his lack of audience. Improvs like his bourbon-vs-music comparison with Jon Batiste and his “deer in the Oval Office” bit (during which he directed the cameraman, “No, don’t follow me!” so he could nail a visual joke) kept things flowing with comfortable familiarity — something late night TV viewers were surely looking for in such uncertain times.

Making Colbert’s performance even more impressive, it was all done during rehearsal. After a Hanks joke about Catch Me If You Can 2 (get it? Because you catch a virus…), the host turned to one of his producers and said, “This is rehearsal, but I’m thinking this is what we actually show people.” Turning back to camera, he then quipped, “They’re gonna be really surprised when I walk out of the building in a half-an-hour.”

Watch the whole opening monologue below, and wonder no more who the best host in late night is.