The pop stars have been secretly contacting fans on social media 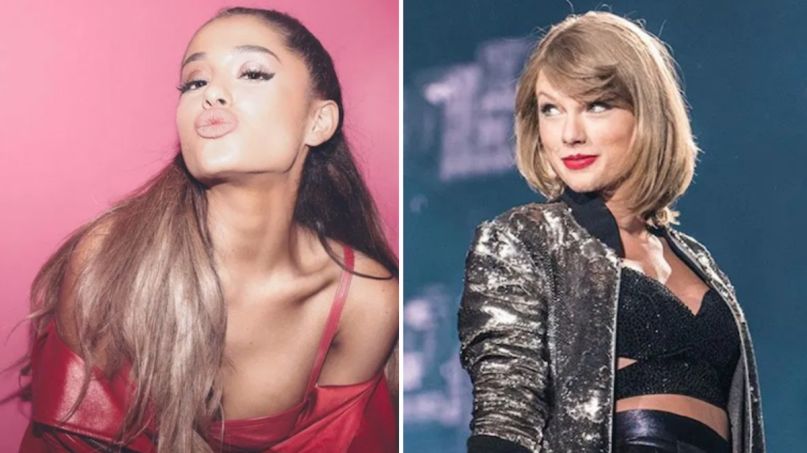 The Senate may have just passed a massive coronavirus stimulus bill, but some pop stars have already been dishing out aid to fans. Taylor Swift and Ariana Grande have reportedly been reaching out to followers on social media who are struggling due to the COVID-19 shutdown and offering to send money.

Buzzfeed reports that at least five T-Swift’s fans received personal DMs from the Lover singer asking for their PayPal information. Samantha Jacobson posted on Twitter about being unemployed during the crisis, while Holly Turner wrote on Tumblr that she was worried job cancellations would force her to move out of New York City. Both of them later posted screenshots of PayPal transactions for $3,000 from Taylor Nation, LLC.

Three other Swifties shared similar stories, including a woman named India Rose. Rose had lost her retail job and a new position she’d been hired for had been postponed six months; in response to Swift’s generosity, she sent the singer images of her cat, Fat Louis.

Grande, meanwhile, has been quietly sending Venmo payments of $500 to $1,500 to fans in need, according to TMZ. Page Six quotes one lucky recipient saying, “She reached out and took care of my salary for a month.” Apparently, over 20 fans have received the Sweetener star’s assistance.

While the payments seem to be random (and reporting like this surely leading to an influx of DMs looking for handouts), the gestures are incredibly generous in these tough times for all. Find screenshots from some of the fans below.

Though major musicians are able to help others right now, smaller independent artists need fans’ help just as much. For tips on how you can help, head here.

In summary: I’m shaking and crying and just fell over a rug in my rush to ask my brother if Taylor’s message was real &now I’m probably (definitely) concussed🥺🥰❣️♥️
This virus took my new dream job away but @taylorswift GAVE ME SOME JOY TONIGHT out of pure kindness I’M— #BEKind pic.twitter.com/13nSKM2uZH

i made a post on tumblr about how i was scared i wouldn't be able to stay living in NYC because of what corona has done to the music industry. @taylorswift13 literally single-handedly saved my ability to stay here. i cannot even believe my eyes right now pic.twitter.com/3hAxkSVvGo

“the one where your favorite person on earth casually calls you bernie” THANK YOU FOR BEING THE BEST FRIEND EVER @taylorswift13 💗 hejejsjfjajjf icannotbreathe pic.twitter.com/8NYM1grllS