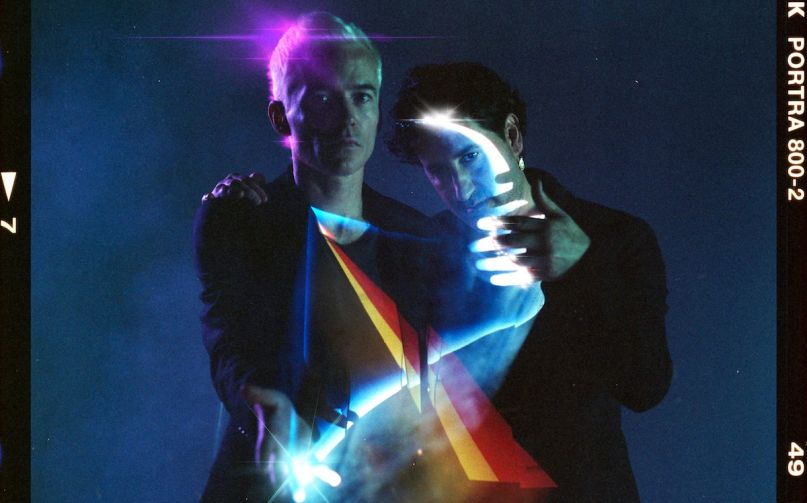 Together, they’ve created a song about great love and great loss. Cuomo sings, “I’m a thundercloud, ready to burst like Schrödinger”, while Pink Siifu recites lyrics from Berman’s Purple Mountains single “Darkness and Cold”. In a statement, The Avalanches talked about the planned collaboration with Berman becoming a posthumous effort, as well as how Cuomo’s lyrical choices shaped the song, saying,

“”Running Red Lights” didn’t start out as a defining moment; ‘a single’ as it were. But Rivers responded to our fuzzed out Spacemen 3 inspired jam with such openheartedness, that we soon dropped all pretense and got down to the heart of the matter… loss. We love that wide eyed, elated, almost evangelical Los Angeles sense of possibility that he tapped into. He captures that feeling that comes on the other side of the abyss, when you have lost everything and so then, there is nothing more to lose. The way life is so beautiful and overwhelming and heartbreaking all at the same time. Rivers, like us, is always chasing the melancholy, that space between the notes.

David had agreed to share his words with us for the middle 8 a few years back. It’s a strange feeling releasing this now, 6 months after his passing, but we are so glad he got to hear the music, and it means a lot to us that he really liked it. David wrote to me often through some dark, dark years and really pulled me through… Running Red Lights is about such times.”

In the accompanying music video, directed by Greg Brunkalla, contemporary dancer Erik Cavanaugh puts on his high heels and twirls his way through the streets of Los Angeles. In the process he meets psychics, police officers, and LA’s very own iconic billboard queen, Angelyne. Check out the visuals for “Running Red Lights” below.

Last fall, The Avalanches announced they were mixing their third album, and since then they’ve remixed The Chemical Brothers’ “Out of Control” and shared the new single “We Will Always Love You” featuring Dev Hynes.

The Avalanches aren’t on tour, but they do have two upcoming festival appearances that haven’t yet been cancelled over coronavirus concerns. They’ll be playing at All Points East, with tickets available here, and they’ll also be performing at Best Kept Secret, with tickets over yonder.

Tune in to @triple_j this morning from 7.30 AEDT for the world premiere of our new single Running Red Lights. pic.twitter.com/T3KQxzH3CZ