The reunited rockers play "She Talks To Angels", "Jealous Again", and "Wiser Time" 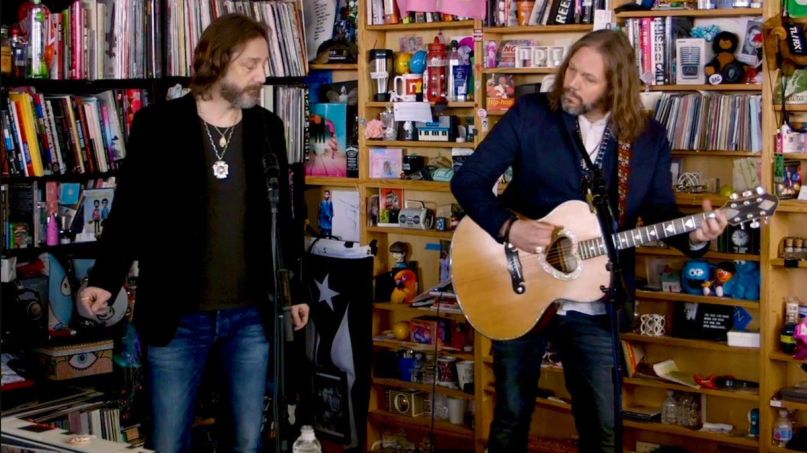 Prior to entering social distancing isolation like the rest of us, The Black Crowes stopped by the NPR offices for a Tiny Desk Concert.

Previewing their upcoming summer tour, the reunited alternative rockers performed a trio of catalog classics: “She Talks to Angels”, “Jealous Again”, and “Wiser Time”. The first two offerings are off the duo’s 1990 debut, Shake Your Money Maker, while “Wiser Time” appears on Amorica from 1994.


While it’s been decades since these three singles first entered regular radio rotation, Chris and Rich Robinson ran through them like it was just yesterday, raspy vocals, familiar riffs and all. Thankfully, the only thing missing was the duo’s infamous acrimony. Wax nostalgic by watching The Black Crowes’ full 18-minute Tiny Desk Concert below.

The group’s “Shake Your Money Maker Summer Tour” celebrates the 30th anniversary of their debut album, as well as marks the brothers’ first tour together in six years. Each evening promises a full album performance of that 1990 classic, in addition to a set of greatest hits. Grab your concert tickets here.