The D’Addario brothers have also unveiled new single "The One" 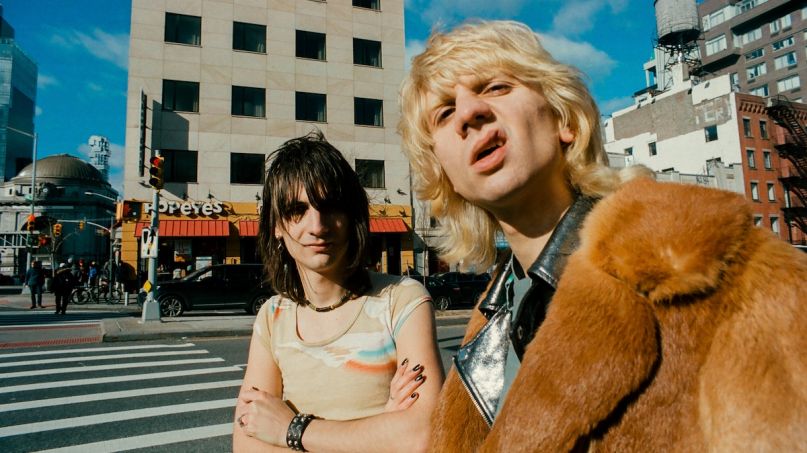 The Lemon Twigs have announced a new album, Songs for the General Public, due out May 1st via 4AD. It’s the third full-length from the brotherly duo of Brian and Michael D’Addario. In anticipation, they’ve shared “The One” as the lead single.

The follow-up 2018’s coming-of-age concept album, Go to School, the new album was recorded and produced by the D’Addario brothers at their home studio in Long Island, as well as Los Angeles’ Sonora Studios and New York City’s iconic Electric Lady.

As a first listen, “The One” shows The Lemon Twigs ability to perfectly modernize ’70s rock and psych pop. It’s thickly layered with kaleidoscopic sonic charges, igniting from the first guitar lick and never slowing down. The accompanying video maintains the throwback vibes with its desaturated, lo-fi lens courtesy of director Michael Hili. The clip finds the D’Addario boys on the campaign trail for “the one,” and you can watch it below.

In support of the album release, The Lemon Twigs have revealed a spring tour. Launching April 29th in Durham, North Carolina, the trek will hit Nashville, St. Louis, Detroit, Toronto, Brooklyn, Boston, San Diego, Los Angeles, Chicago, and Portland before wrapping June 19th in Washington, DC. Also on the docket is an appearance at Atlanta’s Shaky Knees Festival. Get tickets to all the band’s upcoming concerts here.

Pre-orders for Songs for the General Public are live now. In addition to standard formats, a limited edition red translucent red vinyl will be available exclusively through indie retailers and the 4AD Store. What’s more, the first 100 vinyl pre-orders placed at the 4AD Store will get a limited edition print signed by the band. Find the tracklist and album art ahead.

Songs for the General Public Artwork: