Originally scheduled for March, the itinerary now takes place over the summer 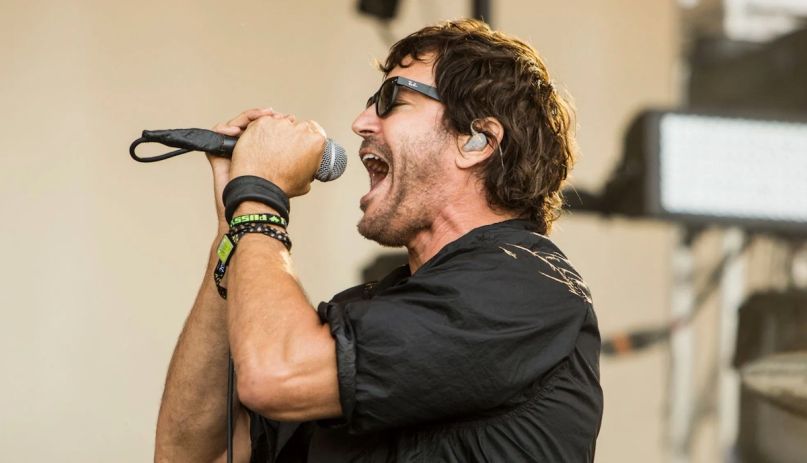 Third Eye Blind have rescheduled their entire upcoming US tour due to concerns over the coronavirus pandemic.

The “Screamer Part 2 Tour” was supposed to take place throughout the month of March. The itinerary — which include stops in Los Angeles, Philadelphia, New York, and Denver — has now been pushed back to the summer. These new dates are scattered throughout May, June, and July, though not all will feature original opening act Saves the Day.

“In 22 years, we have never cancelled a show for any reason, much less an entire tour. We have rescheduled to what is hopefully the other side of this disaster. We all need to be part of the solution and not the spread. We cannot be more excited to share the Screamer album live together. In the meantime, stay chill, wash your hands, drink plenty of water and look out for your grandparents!”

As Jenkins mentioned, the tour comes in support of Screamer, which was released in the fall and features Alexis Krauss of Sleigh Bells. Purchase new tour date tickets here.

The last few days alone have seen a massive wave of concert and event cancellations because of the growing coronavirus outbreak. Coachella has been pushed back from April to October; South By Southwest was called off just days before its launch; and Pearl Jam, Billie Eilish, and Thom Yorke were forced to postpone their highly anticipated tours.

Additionally, all of Live Nation’s concerts throughout March have been suspended, while Broadway has decided to shut down its various productions. Even the Rock & Roll Hall of Fame Induction ceremony and Record Store Day 2020 have been put on hold.

In the US, coronavirus has claimed at least 40 deaths, and there are believed to be more than 1,900 confirmed cases. Major cities such as New York and Los Angeles have also declared states of emergency.

Revisit 3EB’s appearance on Kyle Meredith With… from 2018: