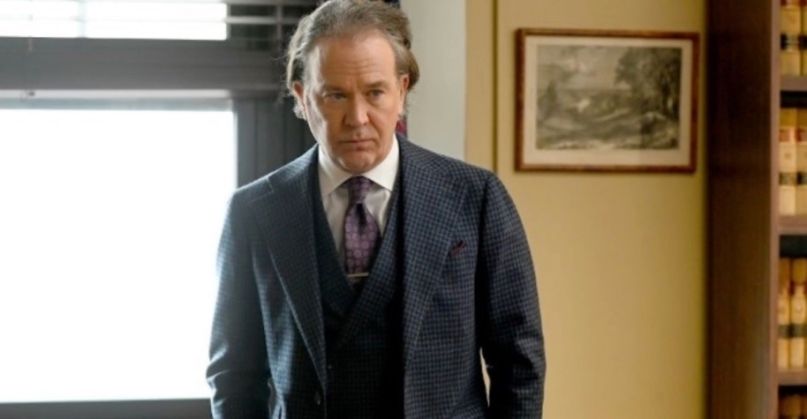 Academy Award-winning actor Timothy Hutton has been accused of raping a 14-year-girl.

The alleged incident occurred in 1983 while Hutton was in Vancouver shooting the film Iceman, according to a report published by Buzzfeed News.

The alleged victim, Sera Johnston, said she and two of her friends were invited to Hutton’s hotel room, at which point she was raped by Hutton and one his friends. Johnston told Buzzfeed that she was compelled to go public after seeing other women share their stories of assault.

Initially, Johnston engaged in mediation with Hutton’s representatives and agreed to a $135,000 settlement. However, she pulled out of the deal after learning that Hutton would be able to deny any wrongdoing.

In November 2019, Johnston filed a criminal complaint against Hutton with the Vancouver Police Department, which is now investigating the alleged assault. (There is no statute of limitations in Canada for rape.)

In a statement to Buzzfeed News, Hutton’s lawyer said the actor has never met Johnston and “will not spend one more minute dignifying these allegations as they are patently false and designed only to extort money from him.”

After being informed of Buzzfeed’s reporting on the story, Hutton spoke with the FBI to report Johnston for attempted extortion.

Buzzfeed spoke with multiple individuals who corroborated Johnston’s account, including one of the women who was with Johnston during the night of the alleged assault. Johnston’s mother told Buzzfeed that following the alleged assault, she took her daughter to a doctor for a pregnancy test and then to a psychiatrist. Johnston’s mother said she spoke to the psychiatrist about going to the police, but they decided it would “probably be worse for her if I pursued it.”

In explaining her decision to finally go public, Johnston told Buzzfeed, “I’ve just lived a very small, little life, especially since I’ve been divorced. I’ve been very quiet, you know. But something in the back of my mind has just constantly been going, You need to tell people this. Listen, this is what it’s like.”

Hutton, 59, earned a Best Supporting Actor Oscar in 1980 for his role in Robert Redford’s Ordinary People. A year later, he received a Golden Globe nomination for Taps, which he starred in opposite George C. Scott, Tom Cruise, and Sean Penn.

In recent years, Hutton has had recurring roles in several television series, including ABC’s American Crime, for which he received an Emmy nomination. He also appeared in Amazon’s Jack Ryan and Netflix’s The Haunting of Hill House. Most recently, he starred in the FOX sitcom Almost Family, but the show was canceled on Monday, just hours after news of Hutton’s alleged assault broke.