The screenplay was written by Hanks himself 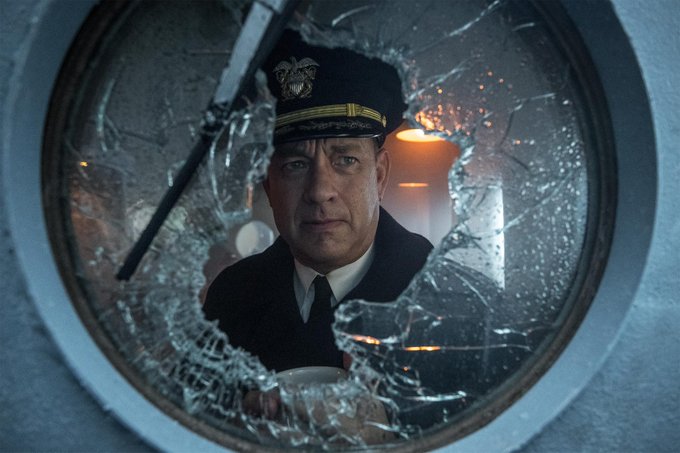 A new trailer has been shared for Greyhound, the WW2 era action film starring Tom Hanks. The film is inspired by true events, with a screenplay penned by the lead actor himself.

In the new preview we find Hanks as Captain Ernest Krause. In his first command of a U.S. destroyer, Krause leads a convoy of 37 Allied ships across the Atlantic ocean. It doesn’t take long before the journey across the wild water gets treacherous and the captain and his troops hit trouble involving packs of Nazi U-boats.

Of course, Hanks is no stranger to the WW2 genre. He earned an Academy Award nomination for his starring role in Steven Spielberg’s 1998 epic Saving Private Ryan. He and Spielberg later teamed up for a pair WW2 mini-series for HBO — Band of Brothers and The Pacific — and it was recently revealed they’re working on a third for Apple TV+.

Watch the full trailer for Greyhound below.