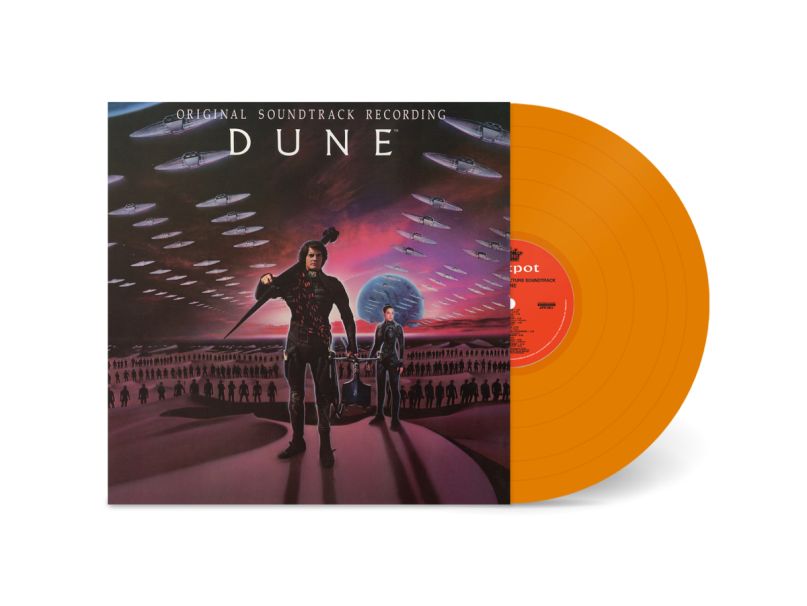 Toto and Brian Eno’s soundtrack for David Lynch’s 1984 adaptation of Dune is being dusted off for this year’s Record Store Day.

Limited to 2,000 copies, the reissue is sourced from its original master tapes and comes pressed on “spice” colored vinyl.

Though he was at one point rumored to be composing the entire soundtrack, Eno contributed only one track to Dune: “Prophecy Theme”. Instead, the instrumental soundtrack was recorded primarily by Toto with the Vienna Symphony Orchestra and the Vienna Volksoper Choir. To date, it marks Toto’s only film soundtrack.

Despite the cult popularity of Lynch’s Dune, both its original 1984 soundtrack and an extended version released in 1997 have been out of print for several years. That’ll finally change on April 18th, when the reissue is released for Record Store Day.